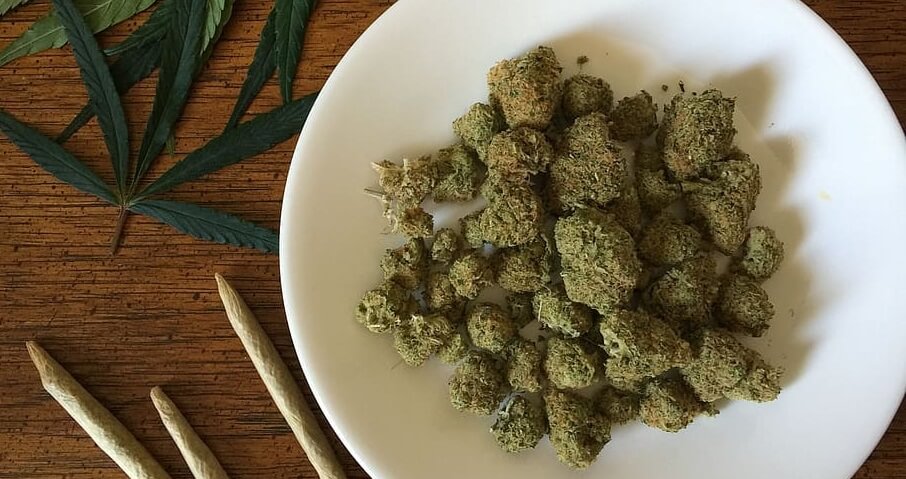 Asthma and Marijuana: Can Weed Help?

As marijuana is completely embraced in the medical field for having helped a lot of various ailments is good for a pain reliever, the speculation of curing diseases such as asthma and marijuana starts to surface. Though the contradiction is easily noticed, when people think of marijuana, they would associate it with smoking, which is one of the most popular ways of taking cannabis. It would be an unlikely treatment to cure a lung disease with smoking. As people already know that smoking targets and harms the lungs. However, marijuana is consumed in different ways and it is in different forms as well. So, maybe there is a way to put asthma and marijuana side by side.

But first, to understand if this helps, science plays a great role. Researchers try to find the answer to whether this is a suitable choice of medicine. That is why, even before considering it, you must be aware of the risk and the possible effects it will do on your body.

Asthma is a life-long, lung disease that is mostly hereditary. There is no cure for asthma. Once you have it, you need to deal with it your entire life. This disease causes the airways to narrow and swell when having an asthma attack; thus, the person could suffer shortness of breath and coughing. For each person, different irritants can trigger an asthma attack. Most of them are allergens, air pollution, cigarette smoking, and smoke, stress, or medicine. Each year, the number of people with asthma continues to increase. That is why the research for possible cure widens and strengthens. Perhaps this leads to the idea that maybe marijuana can cure asthma. But is it possible?

As previously mentioned, the common way on how to take marijuana is through smoking. Smoking marijuana is the same as smoking tobacco; therefore, smoking is out of the equation. The other way is vaping, where instead of smoke, the user gets to inhale the vapor from the extracted marijuana. However, studies show that vaporization or vaping isn’t better than smoking. Both still contain harmful effects on the lungs. Thus, the last resort is to take other forms of marijuana, such as edibles, or capsules. Will this help subdue asthma, or would it trigger it instead?

Marijuana has different active ingredients. These ingredients are called cannabinoids. The most talked-about is the CBD and THC. Tetrahydrocannabinol or THC is the psychoactive ingredient that is responsible for the user to get high. CBD, on the other hand, is a non-psychoactive compound that won’t give you any mind-altering effects. The CBD is usually extracted and sold in supplements, oils, and extracts. These are then used for chronic pains and conditions. Asthma is induced by chronic inflammation of the lungs. Now, researchers are trying to use the same concept of whether CBD in marijuana will help people with asthma.

Risk of Asthma and Marijuana

Though there might be possible benefits of taking marijuana, the risk is likewise great. First, smoking will never be an option. It will make your asthma worst instead. It can increase the risk of getting an asthma attack.  Vaping marijuana may be considered less harmful by others, but it still affects your lungs as well. The best choice is to take marijuana orally, whether in food using edibles, or capsules with CBD infused in them. CBD oils can likewise be used. Apply a generous amount on the skin, and you are good to go. These nonsmoking marijuana forms are friendly to your lungs. Thus, this will not trigger any possible attack.

If you are unsure, it is more beneficial to take the conventional alternatives for managing asthmas, such as the nebulizer. That is reliable and guaranteed for you. You can seek natural remedies such as massages or breathing exercises. While there is no definite scientific explanation of whether marijuana accomplishes well in healing asthma, it is better to be protected.

Though marijuana is used to treat chronic pains, the research is still ongoing on the possible effects it has on the body and its lifelong risk and benefits. The laws concerning marijuana are developing, as well. Though a lot of countries legalized the use of medical marijuana, solid research about it is still in the process. Most medical marijuana users claim to get better while using marijuana, but unless a certain study proves otherwise, the claims will remain claims and unproven. So, bear this in mind when trying marijuana to cure your asthma.

The constant debate is whether which weighs more; is it the possible effect or the great risk? It is for you to choose, as long as you understand the hazard you are getting. If medical marijuana is legal in your country, you can check how to get one. CBD oil is usually legal, but restrictions are present, a prescription is needed. Know also that these CBD products or marijuana products are not approved and regulated by the FDA. Thus, you can’t be assured what’s in the ingredients.

Talk to your Doctor about Asthma and Marijuana

The right person who will help you is your doctor. Seek professional help before deciding to use marijuana to treat your asthma. You may not know of the other possible risk it may have for your overall health. The doctor will decide whether it is best for you after a thorough check-up. Besides, in most countries, you can’t purchase medical marijuana without a valid prescription from a doctor. So, learn the law of medical marijuana in your country to see if you can get one for yourself.

True enough, asthma and marijuana combined are as impossible as oil and water combined. But if science proves it’s good enough, then it’s certainly good news for those with asthma problems. CBD in marijuana shows good results in treating chronic pains, and it is a promising ingredient for an asthma cure. However, deeper research is necessary before anything is confirmed.

Today, it is still not certain whether marijuana, no matter what form it is, will help treat asthma or reduce its occurrence. CBD may offer benefits, but smoking isn’t the solution. Smoking is bad for your lungs, and it will only trigger your asthma. So, don’t smoke weed. It won’t help you treat your asthma at all. Instead, speak to your doctor and ask if CBD oils will do wonders for you. That is how you learn if this method is suitable for you. Asthma is not something you take lightly. Though the present is still foggy when it comes to asthma and marijuana, the future might be promising and better.