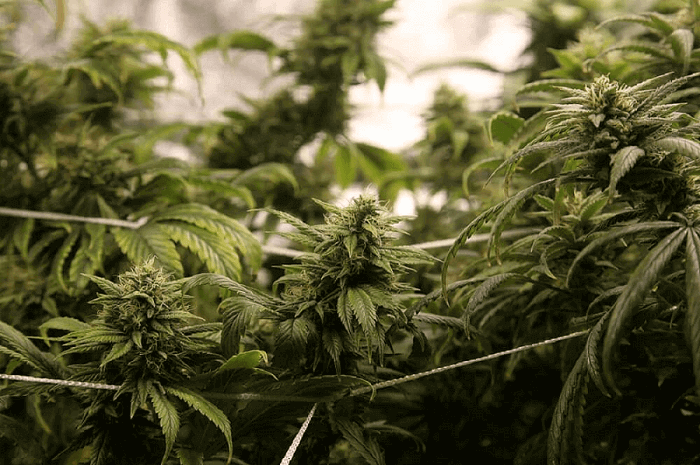 What is Schwazzing and How Can It Help your Cannabis

Schwazzing is aligned with the processes of topping and lollipopping. It is the defoliating process that can be done in a specific time sequence. The goal in this is to increase the plant’s size, strength, and yield.

You may wonder how the trimming or pruning process can result in such increments in many aspects of your marijuana plants. It’s referred to from a yin yang perspective. Schwazzing is more extreme than the usual defoliation process.

The effects of schwazzing can be compared with working out in a gym. Muscles are being trained when there is heavyweight and constant repetition. They grow bigger and stronger. When it comes to marijuana plants, removing the leaves will pave the way for light penetration, airflow, and, most of all, focusing the energy on flower development.

Flowering stretch happens from the 2nd to 4th week of 12/12 photoperiod. The plant’s height will be doubled or tripled. So if the leaves are not too many, the plants will then shift its energy to bud development.

The Right Time to Do Schwazzing

It is usually done during the growth cycle of the crops. It is applied before the flowering stage starts. You can remove almost all the leaves making the plant look bare. It may bother you as you may think that your plants are damaged. But it’s worth it as you would realize later on.

At this point, the 12/12 photoperiod is practiced, which means that the lights are on half-day, and the rest are no lights. The buds will start to grow on the sites where leaves are removed.

There’s a second schwazzing that happens 20 days after the initiation of the flowering stage. The plants should be on the third of its flowering time. You will see fan leaves that have started to grow. They may block the lights reaching the buds that start to appear.

You need to remove the leaves, but not a lot as only a few of them grow. The leaves that remain on the plants will be working on their biological purpose.

You have to remove the leaves under the growth tips of the top 2 to 3. The plants will be able to focus on the main colas. Growth tips may be all over the plant, but you always have the chance to remove them. You will find them under the broad leaves.

Don’t remove the ones that are on top 2 and 3 as the buds that would snatch the food and energy given to the main cola. When the bud sites are not fattened because there’s no direct light, it will steal resources from the plants.

When you remove growth tips, you give the buds that have access to light to develop into a larfy form. It will eventually be on the harvest’s trim pile.

In 20 days or 3 weeks, you can defoliate the plants again. It is in the flowering stage when some buds have already developed. Just remove the fan leaves and not all of them. You have to keep in mind that the plant may no longer grow leaves at this period. Leaves are important to the development of the plants.

Check which plants can survive schwazzing as well as aggressive feedings. They should be tolerant of stress. Some phenotypes would go well with your projects and let you gain successful results.

Schwazzing is more extreme than the defoliation, but they both work on increasing the yield. They are almost the same, but the first schwazzing is too intense as you leave the plants bare. Make sure you know the proper steps, and you won’t harm your plants. It is a process that is done on cotton plants for the same goal, which is increasing production.