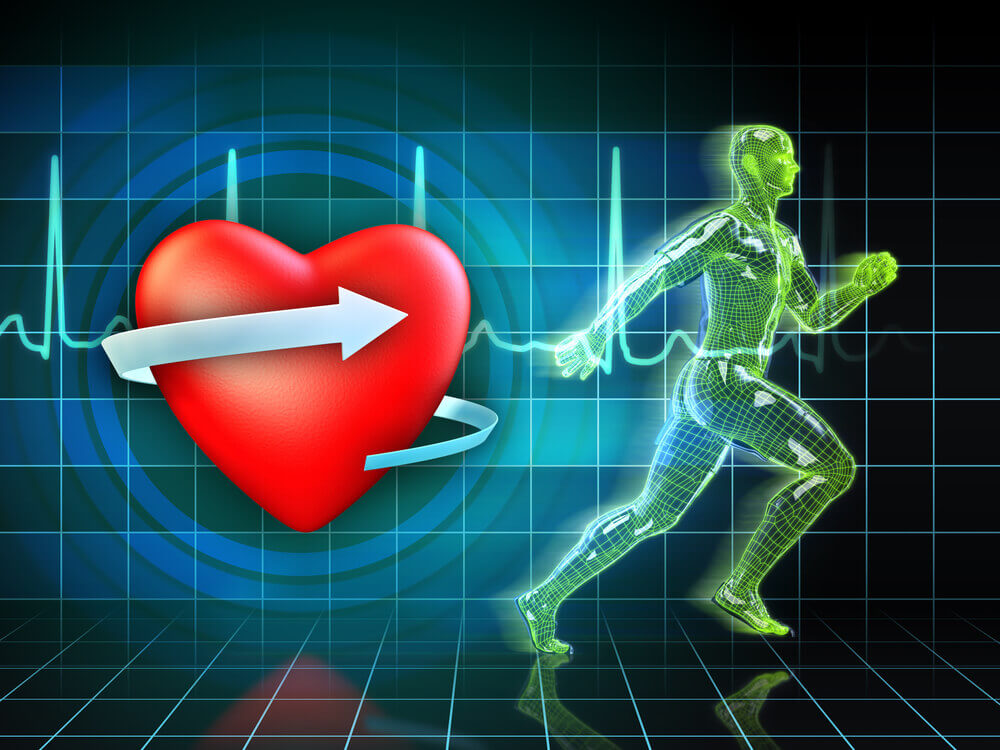 For so many years, humans have been consuming marijuana for medicinal purposes. However, it is only recently that it came back to prominence after being held illegal in many places. Now, most states have already installed available medical marijuana programs, and enthusiasts are consuming weed to treat a huge array of conditions. Some states also have available laws for recreational use. But does marijuana increase heart rate?

One of the benefits of medicinal cannabis is the comparative absence of adverse effects. A lot of patients find it more manageable to endure than the traditional treatments, which normally have an extensive list of probable effects.

Nevertheless, marijuana is not entirely free of side effects. It may trigger drowsiness, dry mouth and eyes, increased paranoia and anxiety, and dizziness. And to answer the question – marijuana can also trigger an increased heart rate- a discouraging side effect if it overwhelms you. Moreover, some people even say that marijuana can increase the chance of heart attacks.

It turns out that the function of marijuana being vasodilator directly affects the heart rate. That is because when the blood vessels widen and the blood pressure reduces, the heart is likely to work tougher to pump blood.

To keep the blood pressure during the time that the blood vessels widen, the heart has to function over-time, thus, increases the heart rate. This answers the question – does marijuana increase heart rate?

Marijuana may provoke the heart to pump faster and the blood pressure to increase, which can be threatening for people with a heart ailment. The chance of heart attack is a few times higher after an hour of smoking marijuana, study suggests. Other researchers have seen a relationship between atrial fibrillation and marijuana consumption. And one study proposes that smoking weed may increase the chance of stroke.

Most of the proofs about marijuana are accorded on studies of individuals who ingested it. However, even if you consume marijuana through other means, such as tinctures or edibles, the drug can still impact the cardiovascular system.

The plant has over 100 distinct chemical compounds categorized as cannabinoids. The most popular are THC and CBD. These compounds interact with particular receptors found in the brain.

How Does Marijuana Increase Heart Rate?

The endocannabinoid system is embroiled in movement, mood, and appetite, among other functions. Nevertheless, one of its critical functions is keeping homeostasis. It is a condition of steady internal balance in a vigorous external environment. Keeping up the homeostasis needs continuous tracking and regulation of factors such as blood pressure and body temperature. Hence, it is no longer a revelation that scientists have found endocannabinoids in the heart’s tissues.

The endocannabinoid system happens to portray an important role in regulating blood pressure, causing the blood vessels to loosen up and widen. It also affects the heart rate and this is where marijuana gets into the picture.

Marijuana produces plenty of various chemicals that affect the body in various ways. One of the most popular is THC – a compound that provides marijuana its intensifying effects. THC impacts the body energetically because it carries the same chemical formation to the natural endocannabinoids.

Hence, it can interact with the cannabinoid receptors and prompt many of similar reactions. Along with the common marijuana high, THC is accountable for the various medicinal benefits of the weeds. Nonetheless, if you consume too many doses, it may also provoke some adverse effects.

Why Does Marijuana Increase the Heart Rate?

Once the THC from cannabis interacts with the cannabinoid receptors, it impacts many of the biological systems and this includes the heart. It provokes the heart to beat faster and harder, as well as becoming the blood vessels expound. Also, THC functions separately of the ECS and influences a system known as the transient receptor ankyrin type-1 channel. This leads to further vasodilation.

Under common circumstances, a healthful person must have a resting heart rate of 60 to 100 beats every minute. Nevertheless, after smoking marijuana, this can get higher by 20 to 100 percent. Moreover, these manifestations can last for 2 to 3 hours.

Does marijuana increase the heart rate? Yes, but there is no clear explanation about it. Nevertheless, experts think that it can be an outcome of too much vasodilation. While in vasodilation, the blood vessels get wider and, thus, the blood pressure lowers down. As a reaction, the heart pumps faster to counterbalance. This happening is called reflex tachycardia.

The actuality that marijuana widens the blood vessels and lowers blood pressure also prompt some individuals to feel like fainting or dizzy after smoking marijuana. The good thing for marijuana consumers is that these reactions quickly subside once you establish a tolerance. Study shows that individuals who regularly smoke marijuana are less likely to encounter that same effects.

Constant users may have lower heart rates compared to the average one and heightened blood volume. Furthermore, their circulatory systems may be less impacted through physical exercise. This is common because of the heightened activity in the parasympathetic nervous system, which we relate with calmness and relaxation.

The Study behind the Claim that Marijuana Increases Heart Rate

Some studies have proposed that marijuana can heighten the possibility of cardiovascular issues, including heart attacks. The French Addictovigilance Network collected data between 2006 and 2010 and it indicated that 1.8 percent of marijuana-associated side effects include the cardiovascular system. The concerns mostly affected men with an average age of 34 years.

There were some other reports of heart attack incidents in variously healthy individuals after smoking weeds. Some data calculate that the chance of heart attack is heightened 4.8 times during the first hour after consuming the weed. The danger is greater among people with exhausting physical activity or the consumption of other substances like MDMA or ecstasy.

Although the uncertainly is still comparably low for individuals with no existing heart issues, it can be crucial for people with cardiovascular disease. Thus, if you are suffering from heart disease or any other risk factors that may lead to heart attack, you should be better going away from marijuana consumption.

Is THC Harmful to Cardiovascular Health?

THC in low doses has been indicated to lower plaque accumulation and the chance for atherosclerosis. This useful low-dose effect is believed to originate from the activation of THC on CB2 receptors and not CB1, proposing that the capability of THC to stimulate CB2 receptors can guard the heart, while its stimulation of CB1 receptors may hurt it.

How Do Other Cannabinoids Affect Cardiovascular Health?

Two of the richest phytocannabinoids aside from THC are CBD and THCV (tetrahydrocannabivarin). CBD can hinder the ability of THC to stimulate the CB1 receptors and can guard against some of the injuries triggered by the reduction in blood pressure and heightened heart rate triggered by THC alone.

Separately, CBD is a dominant antioxidant and balances the catastrophic free radicals. Also, it has powerful anti-inflammatory traits that can lower the injuries triggered by the stimulation of CB1 receptors. Surely, CBD has useful effects on cardiovascular risk factors and enhances restoration in animal models of stroke and heart attack.

THCV, on the other hand, has pro-cardiovascular effects by obstructing the CB1 receptor function at minimal doses. It is through this means that THCV is believed to lower insulin sensitivity among obese mice, which lowers the chances of cardiovascular cases. THCV has been a stimulator of CB1 receptors at a great dose, but in many cannabis strains, the levels of THCV are very low to stimulate them.

Benefits of Marijuana for the Health of the Heart

Although marijuana can potentially affect the cardiovascular system adversely, it can have some benefits too. For instance, CBD which is another compound in marijuana has strong anti-inflammatory traits. It contacts with the CB2 receptors in the endocannabinoid system to moderate the inflammatory reaction. Inflammation is commonly a factor responsible for any heart illness and, thus, lowering it may provide some protection.

The study has also indicated that CBD can help with obsessive behavior, along with tobacco smoking. Because cigarette smoking is one of the largest risk factors for a heart ailment, stopping may have clear benefits.

Lastly, there is some proof that regular marijuana users have reduced rates of diabetes and obesity. These are conditions that specialists often associate with heart disease and chronic inflammation.

The most visible manifestation of an increased heart rate is the feeling that your heart is pounding or racing. Measure the heart rate by directing to your pulse. The average range for adult people is 60 to 100 beats every minute.

The increase in heart rate caused by marijuana will eventually subside but it can stay for 3 hours. However, with a continuous elevated rate, known as tachyarrhythmia, does impose danger to the health.

Having issues over these adverse effects are comprehensible, specifically if the cardiovascular health is not that good. That is why it is important to consult your medical marijuana doctor and cardiologist to talk about your consumption of medical marijuana, as well as how you can inhibit this adverse effect.

How to Deal an Increased Heart Rate from Marijuana?

There are a few techniques that you can try to handle the increased heart rate from marijuana:

Since THC increases the heart rate, get an Indica strain that has a low THC content but high in CBD. Local dispensaries must have these strains available since many patients opt for the ability of CBD to confine the psychedelic effects of THC.

For medicinal patients who are just beginning to consume medicinal marijuana, applying the micro-dosing schedule can help the body adapt to medical weed. It also inhibits you from taking excessive medical weed in a short period, since you will have to wait for 20 to 30 minutes before taking another dose.

Before altering your medication, you must meet first your doctor. Although an increased heart rate will commonly make the patients feel anxious, a lot of medical marijuana physicians are aware that the benefits of medical marijuana can override the potential cons. Your physician will also help you to regulate this side effect.

Does marijuana increase heart rate? Marijuana can affect many systems of the body because of its contact with the endocannabinoid system. This involves increasing heart rate and lowering blood pressure. Nevertheless, these effects are likely becoming less significant as one learns to establish tolerance to THC.

No question that experiencing a rapid heart rate can be alarming especially if you are high. This is particularly applicable if you are not anticipating it to happen. One thing to bear in mind is that marijuana may also make you feel apprehensive if you consume a high dose.

If you find the increasing heart rate very overwhelming, try to relax. Find a quiet place and sit down. Take slow and steady breathing and keep yourself hydrated by slowly drinking water. Eventually, these effects will wear off, allowing you to loosen up and relish the high.