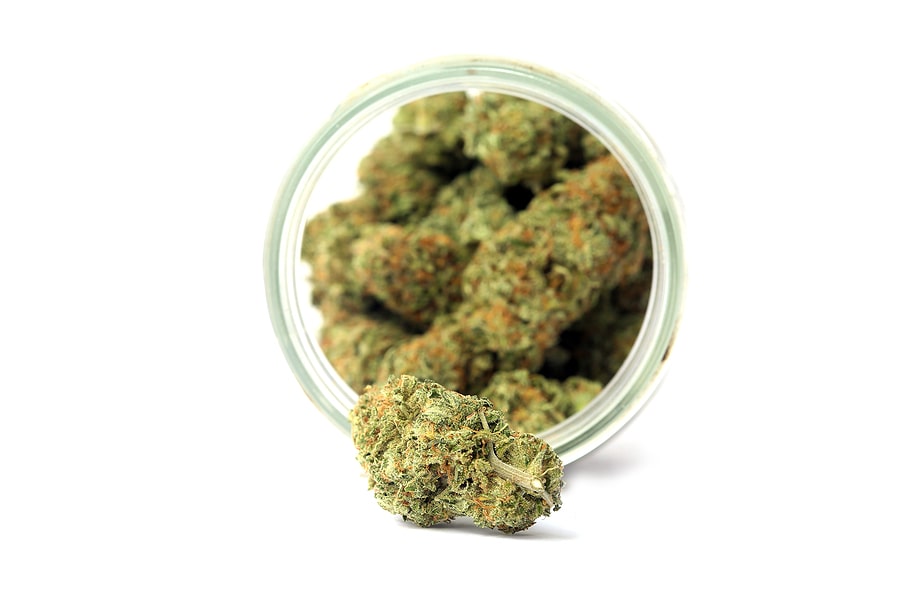 How to Make Brick Weed?

Have you ever heard experienced marijuana users talk about brick weed? Way back before cannabis seed banks and homegrown weed were available, there was a good old brick weed that users looked forward to.

Brick weed was exactly what it was, marijuana pressed and sold in brick form. This form made it easier for people to transport and smuggle cannabis across the border coming from Mexico. Also, brick weed was the most consumed marijuana product way back in the 1970s and 1980s. Today, you can hardly find brick weed but it doesn’t mean you can’t make one at home.

Aside from brick weed looking like a loaf of bread during the times when it was very popular, it had very poor qualities. First, it was hard to use as you need to saw off a portion of the brick because it was too hard. Also, the moment you’re able to cut off a small piece, you’ll see that the brick is made from all sorts of plant parts from seeds to stems, branches to large leaves!

There was also an overpowering ammonia-like smell when you take the brick apart and the smell becomes too overwhelming when you smoke or consume it.

Meanwhile, brick weed is unheard of today but some growers make brick weed out of their harvests. But instead of the stinky, low-quality weed, you’d find in previous products, brick weed these days are made from quality weed and are manufactured properly.

The same methods to make brick weed remains unchanged over many years but today, smaller amounts are available and not 25-gram bricks.

How to Make Brick Weed?

Before, brick weed was made using a hydraulic press. The buds and cannabis plant parts are not trimmed or properly dried and cured and thus, compressed weed tends to develop moisture as it is stored. If you smoke weed with moisture, you’ll get smoke with dangerous fumes which can affect your health.

To avoid these and to ensure that you’re making high-quality brick weed, remember the following technique.

One of the reasons why old brick weed was a fail was that the material used was never sorted out. Everything was together including seeds, large stems, and leaves. So as much as possible, include only buds and some small leaves called sugar levels. Separate the plant body from the buds as these will be pressed separately.

2. Cut these into small pieces

Cut the buds into small pieces so these will make your brick weed smoother and more flavorful.  Cut the plant parts too as you can use these as filler material when you make brick weed.

3. Dry and cure weed if these are still wet.

If the weed parts are still wet, take time to dry and cure them. Cure the different parts separately and when these are done, it’s time to load these into the presser.

4. Load weed into the hydraulic press.

A hydraulic press can be a simple hand-operated press or an electric-powered press that can produce accurate pressed products. Load your weed in a metal container and start the hydraulic press. Use the machine until you get a solid, good-quality brick with parts that won’t easily become loose. Make as many bricks as you can using the press.

5. If you don’t have a hydraulic press, try this…

You can make brick weed even if you don’t have a hydraulic press. Place the processed weed in a microwavable container, the kind where homemade candies and cookies are placed. Fill the container with weed and use your hand to compress the weed in. After filling the container, cover it and place it in between two heavy objects like two books or two large and heavy pieces of wood or hollow blocks. Wait for several days, making sure to check for any mold or mildew in the weed. Your brick weed will be ready once you’ve mastered compressing weed.

You may also use your weight to make bricks of weed. You may sit on this weed or stand on it just to compress weed to the size and shape you need.

How to store/keep Weed Bricks

Brick weed with good quality buds and plant parts should be kept properly to avoid mold, mildew, and pests from affecting quality. The most common way to keep weed bricks is to cover it with clear wrapping plastic, the food-grade kind.

Simply wrap it up with several layers of the plastic cover and then, place a piece of paper as a label. Include the date when the brick was manufactured, the type of strain used, and other helpful information. If you plan to sell your creations, make sure to weigh them and follow standard brick weights usually around 25 grams.

Aside from wrapping your weed in plastic, you can also use other materials to keep it safe, secure, and potent. Instead of plastic, use the plastic microwavable container you used to compress it. You may also use cardboard boxes or paper bags but these may let water in.

Why is Brick Weed Unpopular these days?

After it has become easier to grow cannabis, people don’t need to buy or use brick weed anymore. They can now grow their supply at home and of course, ensure the safety of the weed that they are consuming. And because weed is slowly becoming legal in many countries in the world, it has become less necessary to use brick weed.
But if you have a lot of extra weed and you want to preserve weed to use in the future, preserving marijuana in brick weed form may be the best option for you. Just make sure that your buds have been properly dried and cured so you’ll get buds with the best quality inside and out.