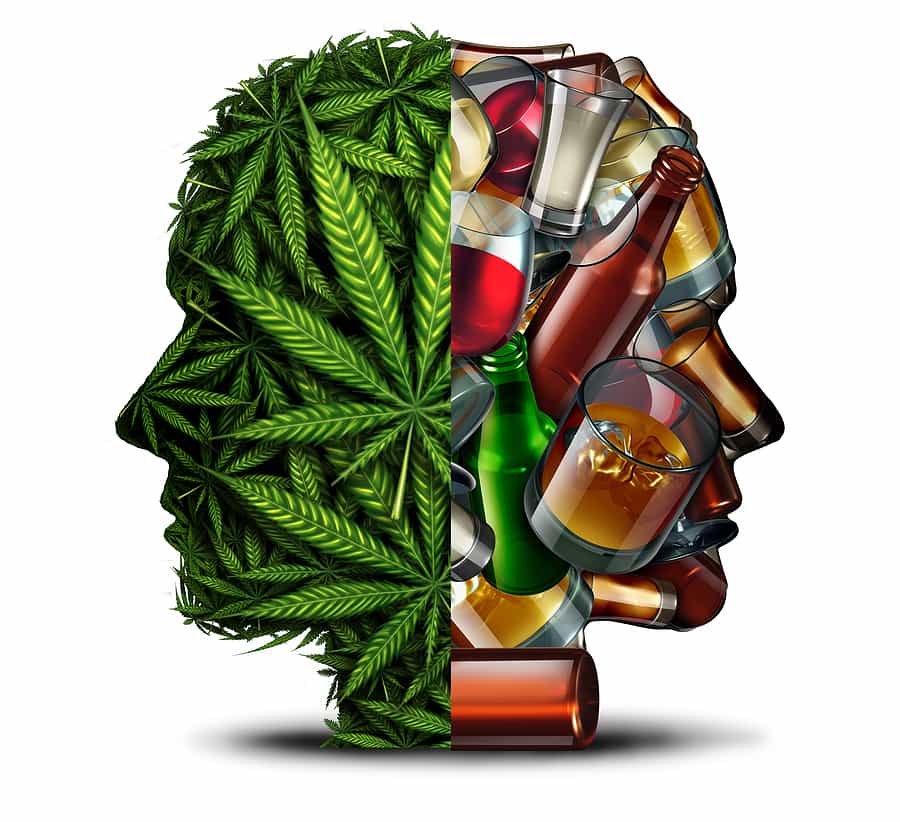 Cannabis contains psychoactive compounds that react differently from one person to another. Most of the time, it delivers a euphoric high and many other sensations that cater to the pleasure centers of the brain. This can often lead to the urge to consume more thus weed tripping begins to happen.

A cannabis high can last from 2 hours to as much as 10 and it depends on many factors. These factors include the amount you consume, the THC content, the specific strain, your tolerance, and your metabolism. All of these factors play a role in how cannabis affects you. All in all, THC is one of the many cannabinoids found in marijuana that severely affect the perception and cognitive response of the human mind. In short, they are psychoactive.

How Long Does Marijuana Take To Kick In?

The timeline of marijuana’s effects on the mind and body depends on its route of consumption. Smoking or vaping marijuana would usually take effect within 2 to 10 minutes. It quickly kicks in since the cannabinoids are introduced into the bloodstream through the lungs. Eating edibles containing cannabinoid concentrates usually take a lot more time to take effect. The typical effects usually last around 3 hours and sometimes, they linger for more than 8 hours.

Edibles kick in at around 30 to 60 minutes. There are other times that it would even kick in 2 hours after it is ingested. The effects usually peak at around the second hour after ingestion and last for more than a day.

Dabbing is another form of marijuana consumption that is smoked through a special type of pipe. Since dabs have high levels of THC, users immediately feel the effects as soon as they consume it. The effects of dabbing typically last around 2 hours but there are times that the effects can last for an entire day.

How Marijuana Changes Your Mental State

When someone smokes weed, the psychoactive components of marijuana begins to take effect starting within the brain. The experience affects the perception and cognitive function of the human mind. It changes the mindset of the person and could very well range from euphoric, energetic, to sedative. It all depends on the type of strain that is used. Situations that are normally neutral begin to feel lighthearted and very amusing. Sometimes, they can also be very intimidating and anxiety-inducing.

While some marijuana users tend to relax when smoking weed, others have improved creativity. The production of creative ideas is tied to the different strains of marijuana that are being consumed. These sudden changes in the mental state heavily affect the amount being consumed by a user.

While most users smoke weed due to its enjoyable effects, some times consuming too much weed becomes a problem. This results in a bad cannabis trip. As specified before, the factors that affect humans under the influence of marijuana differ from one person to another but the usual culprits are the ones mentioned above.

One can detect an incoming bad trip through different signs and symptoms. The most common sign that you are about to have a bad cannabis trip is when you feel afraid or anxious especially when the effects are taking place. This is a great indication that you may have consumed too much weed in the first place. Other signs and symptoms include shortness of breath, sweating, and paranoia. Some might also feel stomach discomfort and become pale.

How To Prevent Bad Cannabis Trip

These uncomfortable situations can be prevented. At the first sign of bad weed tripping, you should go and find a place where you can stop feeling uncomfortable. Always surround yourself with people you are comfortable with getting high. It will lessen the impact of anxiety brought by too much weed tripping.

Ask for a sugary drink. This will increase your blood sugar level and keep your trip manageable. Avoid drinking coffee if you are not fond of drinks that contain caffeine. It might exacerbate your anxiety and paranoia. Try to relax by breathing deeply and get a nap. Napping calms down your nerves and keeps you from getting agitated.

Turn off your radio or TV. Do away with things that will stimulate your mind as it will further cause more stimulus to your anxiety. Try some black pepper as it is known to increase the sedative properties of THC allowing you to relax. You can also try some CBD which counteracts the effects of THC thus effectively eliminating a bad cannabis trip.

How To Extend Your Weed Trip

Now that you learned how to control your weed tripping sessions, it is time for you to learn how to extend the duration of the good effects of weed. It can be a big help to extend your weed trip especially if you are smoking cannabis for its medical properties. This also helps extend the health benefits of weed in your body. The best way to extend your weed trip is to consume edibles instead of smoking or vaping weed. Since edibles take a while for the effects to take place, the effects also extend its duration allowing for more hours of fun with cannabis.

If you are already a seasoned user, you can also increase your dose or try a strain that has a higher amount of THC than your previous strain. While many would suggest using these techniques in conjunction with drinking alcohol, it might not be the best idea. Drinking alcohol before using cannabis lessens the effects of alcohol. This means that you could get drunk a lot faster. Additionally, consuming alcohol and cannabis together will only increase your dependence on one or the other and sometimes even both. Consuming edibles or using a strain with higher THC content is enough to extend your weed trip.

Weed tripping can be fun to do together with people you are comfortable with. Knowing the signs of a bad cannabis trip will help you prevent it from happening. Understanding the facts behind weed tripping will help you determine what causes a bad trip and how you can extend its duration for a more enjoyable and safe weed experience.