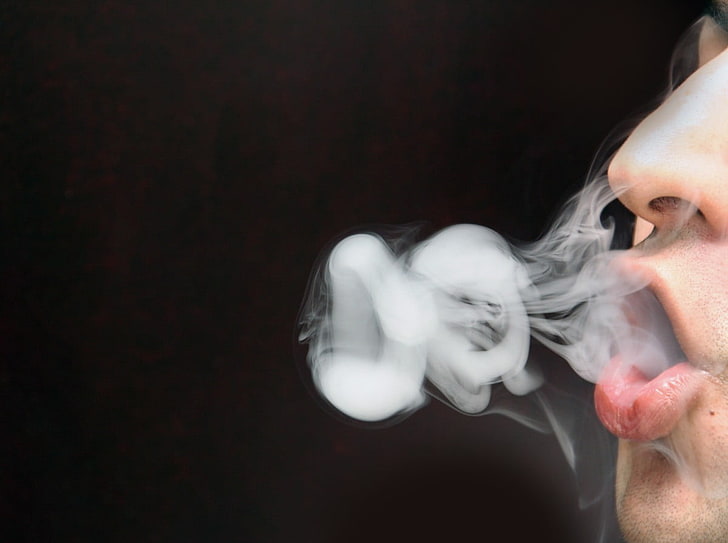 Vaping VS Smoking Weed: A Comparison

For the past few years, vaping versus smoking has become a hot topic for both novice and expert smokers. So there’s a debate between vaping vs smoking weed. Many traditional smokers prefer to what they already recognize like a bowl, bong hits, and a joint. Some smokers tend to utilize the vaping because they smoke the weed discreetly. Using vape also produces less smell, and there are many new vape products that you can use.

Therefore, what are the difference between vaping and smoking? The immediate answer with such a question is that vaping has been well-known for giving a bigger strike than smoking the dry buds. In smoking weed, you used the dried parts of the plant or the concentrated one. While in vaping, you used a ground dry herb or the concentrated extracts.

Once the smoker sparks up the bowl of green buds, many smokers experienced first-hand smoke. Many smoker cough up their lungs and even have unpleasant phlegm. Smoking cannabis weed is a bit harsh compared when you hit the weed from oil cartridge vaping pen. Another reason is when you smoke cannabis buds. You are flaming and burning the cannabis herb. The vaping procedure is excessively different from that.

Vaporizing weed gives a more intense high effect compared to smoking the cannabis weed even with the same dose. If you are going to vape, a weed concentrate extracts you need to be aware of the dose you take, especially for the beginner users of cannabis weeds. We all know that the THC content of the cannabis herb max out up to 30%, but using vape products such as oils, wax concentrates, and dabs usually boast THC content that reaches for over 80%.

Even smoking and vaping with the same dosage gives pounding heart effect, paranoia boosts their appetite, and experienced bloodshot eyes. It is still is proven that vaping cannabis weed is much more intense and potent with every dose. Such effects last for up to eight hours or longer after consuming weeds. Vaporizing weed creates significant greater drug effects, higher blood THC concentrations, cognitive, and psychomotor impairment effects compare to similar dosage when smoking the cannabis weeds.

Vaping and Smoking Weed Both Have Risks

There’s a big debate between vaping vs smoking weed. So let’s find out the risks of each:

For the past few years, many health experts warned about the different risks of inhaling tobacco smoke. In marijuana, there is research advice that marijuana contains a compound known as cannabinoids that give many benefits. Inhaling smoke in any kind, either smoking a cannabinoid that contains weed or with tobacco, is bad for lung health.

Most cannabis users hold the smoke in their lungs for a longer period compared to tobacco smokers. It can make harmful to the lungs as they combined and greater risk to expose tar. The following are the other negative health effects related to chronic weed smoking.

Vaping cannabis weed implies to inhale a heated oil with the use of vaporizing vaping device like the e-cigarette. To develop vapor that comes from dried plant material, you can use a vaporizer to vape marijuana. Other consumers consider that vaping is safer than smoking because it does not need to inhale smoke. But the real thing is, when vaping weeds, there are still have negative health effects to be aware of.

Vaping suggests that THC oil can be more harmful to lung health. The biggest concern with this is the intense effects of inhaling the Vitamin E acetate or the addictive chemical that found in many vaping products. This product contains high THC content.

Cost of Vaping versus Smoking

The cost of vaping vs. smoking is quite similar, but the difference will depend on the number of variables that you about to consume. Like for instance, a gram of cannabis buds will last for up to three bowls or ten hits. If you tend to smoke a gram of bud for a day in one week. The cost could take excessively higher every week. This is the reason why many consumers tend to vape their weeds as it is more affordable for a lot of reasons.

Another thing, for vape, is it easier to manage compared to the flame of the lighter. It means that you can simply dose yourself whenever the method you wanted. Vaporizing THC with vape also provides more THC potent compare to smoke. This means that you can use a gram for a long way.

You can use one gram of a THC concentrated cartridge last for a week or longer. However, if you constantly, you will hit a blast with the concentrated oil. Keep in mind the exact cost you are consuming. Know your lifestyle and think where you can cost more or less.

The debate between vaping vs smoking weed relies on the desired effects you want to achieve. While smoking is the traditional way of consuming weed, vaping is the safer method, most especially for medical cannabis patients. Smoking weed is pleasurable but vaping weed is cleaner and more cost-effective because of not wasting the material.