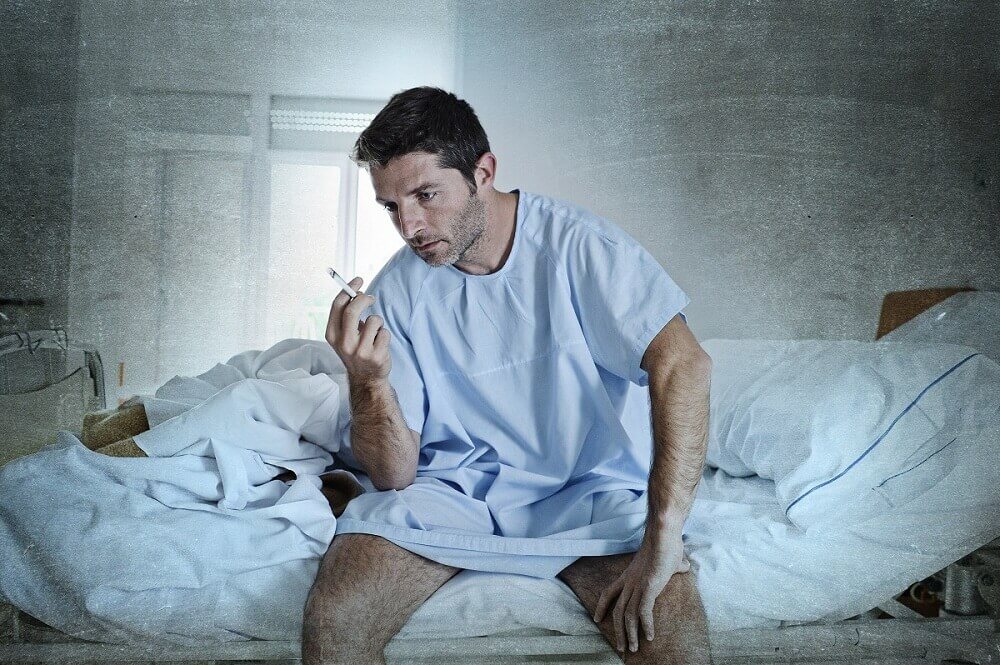 Can You Smoke Weed After Surgery?

Getting a surgery done can get you all sorts of anxiety right until you’re on the way to the operation table. There is also lots of preparation for you to do before undergoing a procedure, whether it is a major or a minor one. But can you smoke weed after surgery?

For weed smokers, marijuana may not seem to be much to worry about for its many benefits. Using cannabis has been proven to help relieve pain and ease anxiety, making it tempting to use even when you are hours away from your surgery to the moment you are out of the hospital. However, weed is still continued to be studied on its effects prior to surgery and after. Though it can be tempting for you to take a hit during this period, marijuana has lasting effects on our system and can stay there for some time.

Smokers and all users in the community should take the initiative to educate themselves and seek professional medical advice, especially if they are undergoing a surgical procedure anytime soon. Learn more about how marijuana can affect your body when it comes to surgeries and what you can do before and after without having to risk your health and to keep enjoying the use of weed post-surgery.

The Body Before Surgery

Can you smoke weed after surgery? If one smokes weed recently before surgery, chances are there is still some THC running in their system. In fact, marijuana can stay in our bodies for months, depending on how often we use it, and its dosage. Doctors strongly advise against using marijuana days before your surgery because of how it can affect the body even while you are “sleeping”.

Anesthesiologists need to be informed about your marijuana use, whether it’s for recreational or medical purposes. Not everyone actually gets the same dose of anesthesia, and this highly depends on our regular medication and other factors. Users who smoke marijuana more often have shown to be difficult to put to rest compared to nonusers and those who only smoke weed occasionally. Hence a need for a higher amount of anesthesia for regular users, but this can be dangerous.

Thus, anesthesiologists will prescribe that you take a weed break for about one week before the surgery is done. Other adverse effects of smoking weed before your surgery are lower blood pressure, increased heart rate, and breathing complications that can put your life on the line. One week should not be too long if you do not want to get hurt or face any serious risks while you are on the table.

Is It Recommended to Smoke Weed After Surgery

After surgery, pain relievers are prescribed to help alleviate the pain once the anesthesia begins to wear off. Doctors have reported that some patients would opt for consuming weed instead of taking their prescriptions because it did a better job at pain relief. This, of course, has proven to be true. However, this may vary among users as well.  Not all of us may react to the effects of cannabis the same way, especially right after a surgical procedure.

Anesthesia and marijuana are both drugs, after all, and they really are not a good combination. Pain relievers themselves can also be addicting because we can develop a tolerance for the pain, causing us to take higher doses. The same can work for weed if used as a pain reliever after surgery. This can pose serious risks if one uses a strain that is both highly potent and consumed in high amounts so often. The user may end up developing a weed tolerance, and feel the need to consume more cannabis to ease the pain.

Some users have also experienced their pain worsening after getting under the knife once they started smoking weed again. This can depend on the dosage, type of strain, and how you consume weed. We all differ biologically as well with how our bodies can process drugs, hence the various reactions to weed post-surgery.

To safely consume weed after your operation, contact a medical professional first about any medication you might need to take first and other steps to consider before you can start enjoying some hemp again.

Before and After Choosing the Healthier Option

Though you might be thinking that edibles and beverages are the safer options to go with before your surgery, doctors also advise that you have to fast before the operation. This also covers any food or drinks that are infused with cannabis. Edibles and drinks take effect much later than smoking; thus, the THC can suddenly spike in the middle of the procedure. Your cravings can wait until the operation is finally over.

After the procedure, talk to your doctor first about the pain relievers you can take. If marijuana is safe for you, know how much and how often can you use it, and what methods are advised. Smoking weed is usually not prescribed and can be harmful since its effects are stronger and more suitable for recreational use. A healthier option for you to go in the meanwhile can be edibles and beverages. Oils can also be used until you are given the green light to smoke weed again.

If you think you can’t help yourself during your weed break from surgery, ask if vaping can work out for you. If so, make sure to vape for short periods of time and with a strain that has a lower level of THC. You can still enjoy yourself and get treated without having to give up the fun.

More and more research is continuing to be conducted because of the varying results when people smoke weed after surgery. The best solution to this, for now, is that you seek professional advice and stick to it. There are plenty of ways for you to enjoy weed still without having to smoke while you are recovering, and there are lots of activities you can do to keep fit and healthy so you can enjoy cannabis even more once you bounce back from your surgery.