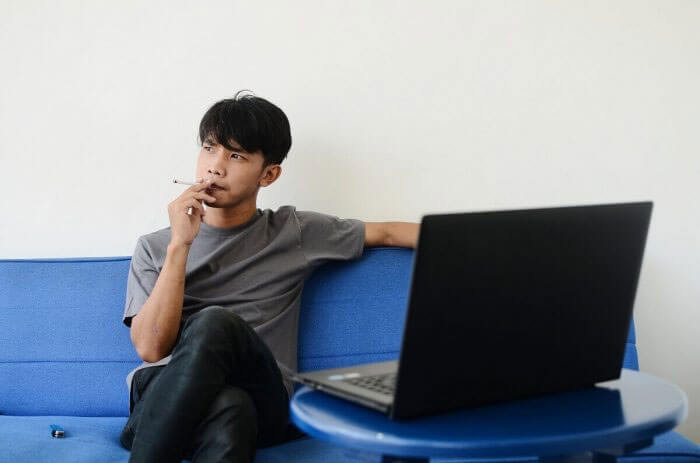 With the number of marijuana users growing, it is highly necessary to understand why it is insanely addictive, what term is usually associated with people who are heavy users, and what proper withdrawals are recommendable. The truth is, upon using cannabis, you are quickly a target of marijuana addiction, whether you like it. Various factors are responsible for making individuals drawn towards marijuana, and one of them is marijuana dependence. But before we go into that discussion, let’s find out if cannabis is indeed addictive and what makes it reach that level of addiction. With the growing concerns of users, inexperienced or not, let’s widen our knowledge and answer the question of ‘Is Marijuana Addictive?’

What effects can Marijuana give you?

Regardless of how your consumption method was, the effects will remain potent and the same as what others are feeling from the medical benefits down to the severe adversities. Marijuana has three faces that you should know. First is Sativa, Indica, and the Evenly-balanced or what people call as “hybrids.” Let’s start with what a Sativa-dominant cannabis strain can do. Sativa strain focuses more on cerebral impact as it binds with our mind. The recreational usage involving the said type of cannabis can lead to intoxicating effects such as psychoactive ones. You are most likely to experience mood alteration and memory-related results. For instance, users who are into heavy Sativa usage will have to undergo mood-elevating feelings in which their depressing stance will subject to change into a euphoric one.

Furthermore, it stimulates the brain to be more productive, creative, and be hungrier. We can say that Sativa can make lethargic people turn into productive ones, demotivate artists into a motivated one, etc. The most notable is its ability to serve as a treatment towards mental illnesses and loss of appetite. There are exceptional Sativas in the market that is prominent in the field of medicating PTSD or Post- Traumatic Stress Disorder.

Then, there’s the Indica, that zeroes in on body impact. With this type of cannabis, users are most likely to experience couch-lock. A couch-lock position will turn the limbs of individuals into numb ones, which will restrict them from creating movements. Aside from that, it could also induce sleepiness that helps combat stubborn insomnia. But, beginners ought to be more extra wary when consuming Indica strains because the sudden lack of movement can set them into panic mode. Thus, it could worsen the effects they are currently feeling.

Lastly, there are hybrid ones. With a combination of Indica and Sativa, hybrid cannabis strains are considered to be the most potent. For example, while you feel the Sativa kicking with clear-headedness, so does the feeling of the couch-lock condition’s regular appearance. However, there are also instances that users will first sense the Sativa before the effects wear down into Indica effects. Though it yields more robust and more influential results, the medical benefits you’ll be gaining from hybrids are out of this world. Meaning, while you are healing mentally, so are your body from pain and aches.

Does that mean hybrids are the most recommendable type of cannabis strain in the marijuana market? The choice of cannabis type is a matter of preference and tolerance. Either way, you should be mindful of the levels because there is the cannabis that contains higher THC levels yet lower CBD levels, making it more useful in terms of recreational usage rather than medical. Some have higher CBD levels than THC, and most of the time, those are highly preferable by patients with medical conditions.

Common beliefs from the majority of the population show that they believe Marijuana is not a source of addiction and is only a substance needed for taking pleasure. But, researchers and medical officials disagree. According to research and analysis, Marijuana belongs to top elements that can get individuals addicted, garnering over 9% of the world’s population. A recent study contradicted the mentioned findings, upon concluding that it soared up to 17%, with mostly teenagers dominating the category. So to answer the question, yes, Marijuana is indeed addictive.

Are withdrawals easier? The truth is, pulling yourself away from the hypnotization of cannabis usage will be troublesome, similar to what can happen to alcohol usage. You will experience difficulties abrupt withdrawals that will challenge your health status. Can you gradually withdraw from your addiction? Yes, you can, but there is no specific assurance that you won’t be going back to the old ways. Were there people that are successful in doing so? Yes, but the ratio between those who were able to pull back and who cannot sit at a far distance. Therefore, marijuana withdrawals aren’t one easy task for users to do.

Why do people get addicted to Marijuana, anyway? There’s this thing called substance dependence, where people get emotional and mental support from ingesting addictive products, which in this case, is Marijuana. The reason why they feel indebted towards heavy cannabis usage is that disoriented thinking that makes them think those substances are helping them. Sure, it does help but only for a brief time. You will experience all the joy and pleasure for a short time, and you will remain sick and ill anyway. Some studies show that marijuana-dependent users are already suffering from disorders and regaining their strength through a flawed system of chronic usage.

What are the signs of acquiring addiction from consuming Marijuana? One of the most common indications is the need to use excessively despite body warnings and side effects. This action is supportable by a conception that heavy users will need time to consider withdrawing from massive usage. They might think for quite a time but that there is no guarantee that they can avoid using it and execute marijuana abstinence. Instead, the said substance will make their life revolving, and missing one day of consumption can turn them into aggressive beings. Those are only signs of attitude and behavioral alterations. Other physical evidence will show all the adversities a user will experience upon cannabis consumption. It will include bloodshot eyes, cough filled with mucus, palpitating heartbeat, constant hunger, cottonmouth, fear of things that are not present at the moment, or hallucination, which is the worst. Alongside our memory slowly relapsing by failing to remember small things or usual events, impaired coordination that will slow their reaction times, and inability to make accurate and proper decisions.

Seeking treatment is always an available preposition, but due to the mind-altering perception that will make users feel undeniable regarding their improper way of usage could keep that from happening. Nonetheless, if you know someone who suffers from the same addiction, you should be able to conduct a solution right away to avoid unwanted illnesses to show up. After all, health is indeed our wealth.