16 Youngest Potheads to Have Ever Walked this Planet

Have you ever about the youngest potheads to have ever walked this planet? You probably are surprised to know that most of them are popular. Their reasons vary from one another. Some due to medical purposes while some use marijuana for recreational. We have gathered some of the names which you just might know. 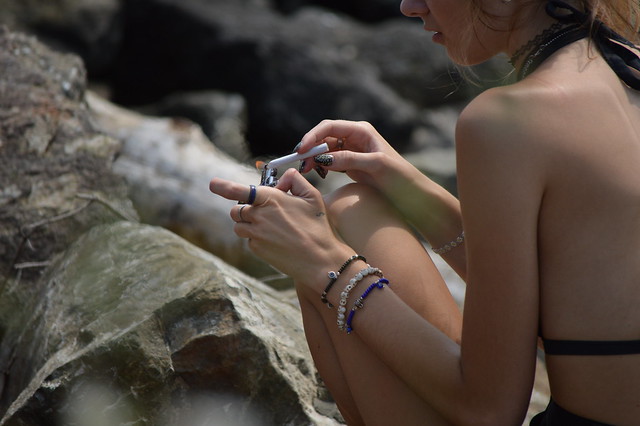 According to him, he has his medical recommendation for using marijuana. When he asks for his supply, the people in the dispensary ask him why he uses marijuana. He only said that he had a special ailment that needs marijuana solution.

He is very much known for his love and passion for marijuana. In all of his songs, you can hear the words marijuana, weeds, and how he just adores this plant. He even quoted that “Why drink and drive if I can smoke and fly?”

Everyone was surprised when Miley suddenly changed her image from a childhood sweetheart to a more daring Miley Cyrus. The singer admitted that by using weed, she could able to manage her emotions such as anxiety and anger. The singer even quoted one of her interviews that “I think weed is the best drug on earth.”

One of the guys admitted just how much he loves using marijuana for recreational purposes. He said that it could give him the euphoria he needs for his work. He even added that it inspires him. He quoted “The effect of it is euphoria.”

Brad Pitt is just one of the many actors who is using weeds to help them get the inspiration they need during their work. According to the actor, weed gives him the freedom and the relaxation he needs. He even quoted that “I’m an artist.”

One of the most renown actresses in Hollywood for her amazing acting talents. She started using weeds in her 20s. According to her, it gives her the inspiration and relaxation she needs. The actress even quoted on her magazine interview “My vape pen and I maintain a mostly private relationship.”

Apple’s co-founder admitted that he loved edible weeds during the 70s. He is one of the many fans of weed brownies. He found this edible helpful when it comes to sparking inspiration and such.

If you need inspiration then you need weeds. This is whet Rihanna said on one of her many interviews when asked if she is using weeds. According to the singer, it even helped her feel relaxed and manage her anxiety. The singer quoted “Kush rolled, glass full — I prefer the better things.”

One of the most popular singers ever. He is also known for his love and passion for weeds. During his early times, the singer admitted that he started using weeds at an early age. He said that it gives him the inspiration and kick of imagination he needs to help him perform on stage and write songs. He even quoted “Please pass me the peace weed and take some heed. Throw all that mixed up speed.”

When the singer was diagnosed with Fibromyalgia, her doctors prescribed her to use weeds to help her manage pain, especially on her hip bone. Gaga admitted that it actually helped her and even give her inspiration to write songs and perform. The singer even quoted “I smoke a little bit at night, just you know, for fun.”

The famous rapper is very much known for his love and adoration to weeds. According to him, he started when he was on his teens. It gave him the push to write songs and be inspired and active while performing. He even quoted on one of his many interviews “Well, of course, I smoke mad weed. I’m on my high horse.”

He admitted that when he is using weeds, he feels more relaxed and more of himself. He said that he started using weeds during his 20s and find it truly amazing. According to him, it gives him more inspiration and even the energy he needs for his work. He even quoted on one of his magazine interviews while laughing “I used to make pipes out of soda cans in the day. I’m really bad at rolling joints, but I could in a pinch.”

The actress said that using weeds helped her a lot. On one of her interviews, she even admitted that she prefers to smoke weeds than to drink alcohol because of its relaxing effect. The actress even quoted that “I was a wake-and-baker for most of my life. I appreciated marijuana way more than alcohol or anything else.”

You probably have seen her pictures all over the net using weeds, smoking weeds, and such. The actress admitted that she started on her late teens. The actress admitted her love for marijuana and not afraid of making her record straight when it comes to using weeds. She even quoted on one of her many magazine and TV interviews that “I’m kind of a weirdo, creative Valley girl who smokes pot…big deal.”

There was once a picture by the paparazzi of Drew and her best friend, Camron Diaz on a park sharing something like a joint. According to the actress, she started using weed during her early 20s while shooting MTV videos. She admitted as well that it gave her the adrenaline rush as much as the relaxation she needs on her work.

These are names of some of the youngest potheads to have ever walked this planet. Most of them are famous people and have names in the Hollywood and business industry. Their reasons for using weeds may vary but it helped them a lot.