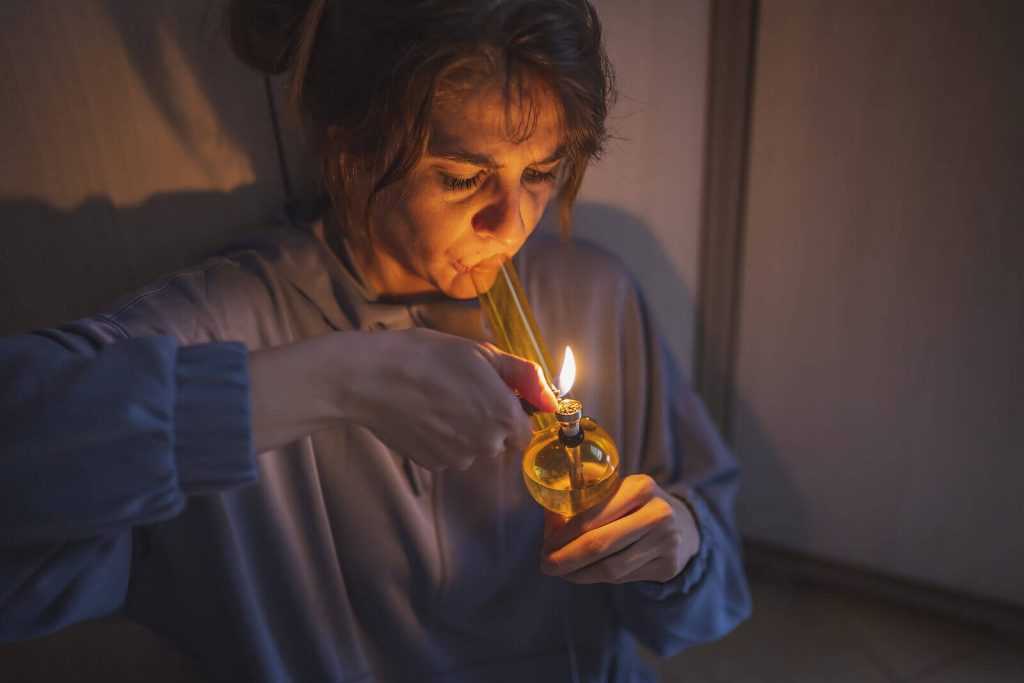 What to Consider Before You Get High with Marijuana

Ingesting, smoking, and vaping cannabis can make a person “stoned” or high. if you have never tried weed, you will surely wonder what it can do to your body. The truth is that cannabis can have a different effect from you to your friend.

When it comes to the effects of cannabis, some people say they feel relaxed or happy whenever they smoke. Others find themselves laughing for no reason or having a changed perception about time. Many users experience a sudden urge to eat more after taking a few tokes.

Truly, cannabis brings many positive feelings to those who use it. However, the drug may also trigger some less-desirable effects.

The marijuana high is among the most unpredictable of the possible effects of drug intoxication even though it’s typically discovered as a “soft” drug. If people are stoned on cannabis, the experience will depend on the factors which have nothing to do with the substance.

Sensations of Being Intoxicated Due to Cannabis

Cannabis can affect every person differently. Some individuals are extremely sensitive to their effects while others may not notice these things as much. The way you respond to cannabis depends on several factors, such as:

While you’re intoxicated due to marijuana intake, you may feel:

On the other hand, using cannabis can also result in unwanted emotions and experiences. These will include:

Novice users and those who take a higher dose are more likely to encounter the negative effects of cannabis. The more potent your cannabis strain is, the stronger the possible reaction is.

Phases of Getting High

THC is the most active chemical compound in marijuana. When you vape or smoke marijuana, this chemical compound will penetrate your bloodstream through your lungs. The concentration of THC in your blood will peak in just a few minutes. In the end, THC breaks down and your body will excrete it in your stool and urine.

Since the THC concentration in your blood will eventually change, you may likely experience various phases of being intoxicated. For instance, the euphoric feeling comes in after the THC concentration peaks. However, further research is necessary to determine if the effects of cannabis change in the long run.

Cannabis has 3 major strains: sativa, indica, and hybrids. Hybrid strains have the combined effects of both sativa and indica strains. However, the differences in high aren’t scientifically confirmed. Besides, some scientists believe they are unfounded.

When you consume an indica strain, the effects are more likely to be sedating and very relaxing. You will feel relaxed, lazy, and even hungry. Cannabis indica will keep you locked in the couch, so users often go for it when they have nothing to do at home. This cannabis strain is better to use while listening to music or watching a movie.

However, if you need to stay awake and alert for hours, then you should use cannabis sativa. This strain induces a happy and alive feeling that will last for hours. With sativa, you may become more talkative, sociable, and creative. Thus, cannabis sativa is more ideal when working on a very important project at work that requires your creative mind.

Many people experience alterations in their sensory perceptions while under the influence of marijuana. While cannabis doesn’t often produce real hallucination like what the hallucinogenic medicines do, users tend to see the environment in another way once they get high.

For instance, familiar objects and faces seem strange or unfamiliar, usually in an amazing way for the person. Colors can be brighter to his eyes. Aesthetic appreciation improves, and his mood will show up in everything around him.

When he positively perceives the environment, things will be enjoyable to him. For him, the world has become more beautiful. However, it can also occur in the other way, causing the environment to look harsh and grim to his eyes.

The sensory perceptions of taste and hearing are commonly the sensory experiences affected significantly by weed. When a person takes marijuana, he will be able to appreciate more the music. With that, he will be enticed to listen and do nothing else.

Food will also be tastier and more flavorful to the person. It can lead to a particular kind of binge eating known as “the munchies”. He may eat more than the usual or take some weird combinations like pickles and chocolates.

Effects on the Mental State and Mood

The effects of cannabis on mood may differ a lot from person to person. however, emotions can be exaggerated based on the intensity of the intoxication. Situations which usually seem emotionally neutral might appear ridiculous or amusing. Otherwise, they can be upsetting and intimidating.

Cannabis users will usually try to control emotional stimulation while stoned. However, it is not possible at all times.

THC can affect those areas of the brain which control appetite. It might increase ghrelin – the hormone linked to hunger. THC improves taste and smell, causing you to begin or stay eating.

Vaping weed is different from smoking it. Once you vape, you’re inhaling vapor rather than smoke. Vaping will release the chemical compounds in higher concentrations compared to other methods. As a consequence, vaping can cause a more powerful high. With smoking, you must feel the effects instantly. Once they do, they may last for up to 4 hours.

Results from the study conducted in 2018 revealed that vaporizing marijuana can produce higher THC concentrations in the blood that leads to stronger effects. The effects are more intense when vaping cannabis compared to smoking it.

Ingesting cannabis, whether in sprays, tinctures, or food leads to a different kind of high than smoking. The effects will be not so intense because THC goes into the bloodstream for a longer period.

However, some reports say edibles are capable of producing a strong and even debilitating high. It can be due to the dosage. Other sources imply that when ingested, the THC in cannabis will reach the liver quicker where it breaks down into a different psychoactive compound.

Also, the high may change based on the ratios and concentration of THC and the metabolites within the bloodstream. More studies are necessary to understand the differences. It could take between 30 minutes to 1 ½ hour before you can finally notice the effects of cannabis edibles. The intoxication induced by edibles lasts longer compared to the high caused by vaping or smoking cannabis. The effects will eventually fade in 24 hours.

The Duration of the High

The duration of a high induced by cannabis will depend on various factors. These include the potency and dosage. Aside from that, the way you consume weed drastically affects how long you will stay intoxicated.

Also, the duration of a cannabis high will depend on what you use if you smoked weed. The duration of the effect will differ from using a joint or a bong.

Before You Get High

Before giving in to your excitement, be sure everything is okay before you start taking weed. That’s very important as you may end up losing your control as soon as you take a few tokes. Smoke only in a safe and private place. Also, be with someone who will look after you once you get intoxicated. Lastly, take the right dose to avoid unwanted side effects.