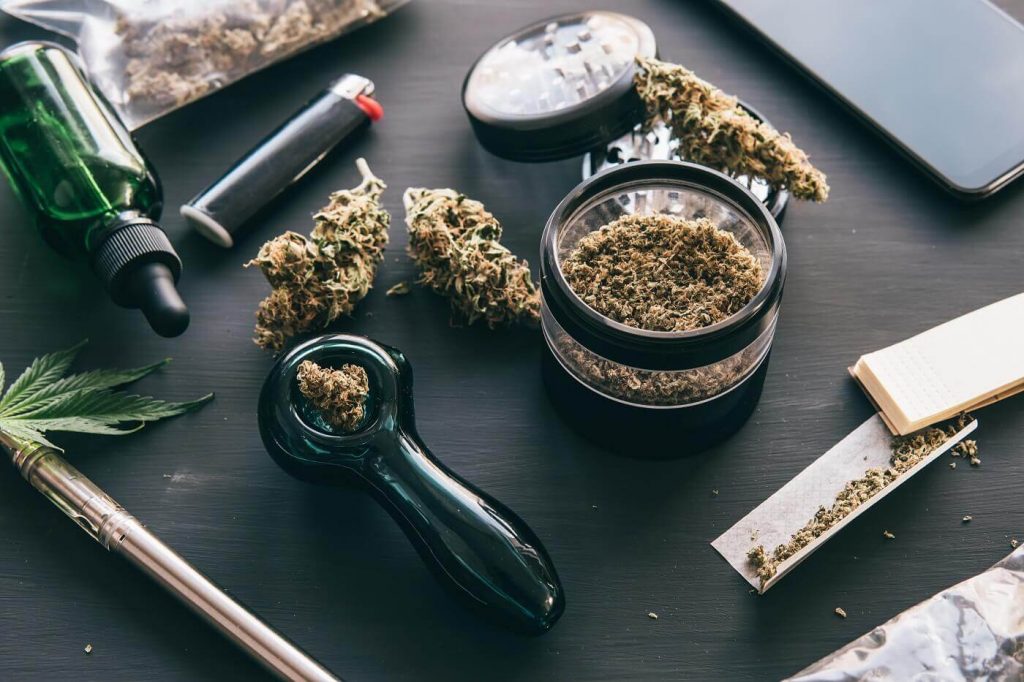 What is THCA and Its Uses

As we’ve mentioned earlier, there are hundreds of cannabinoids present in a cannabis plant, and a lot of them have something to do in different parts of our body. Aside from THC and CBD, there is the THCA. THCA or commonly known as tetrahydrocannabinolic acid.

In this article, we’ll discuss what is THCA and how does it differ from other cannabinoids such as THC.

What is THCA? And How Does it Differ from THC?

Let’s start with the most basic answer, THCA is the precursor to the well-loved cannabinoid present in cannabis, THC. THCA is one of the three main cannabinoids produced by CBGA or Cannabigerolic acid. The other two major compounds are the CBDA and CBG. In turn, THCA is transformed into THC through the process of decarboxylation.

For example, if you eat a whole pack of weed, you won’t get high at all, because there’s no decarboxylation process occurring. No matter the large quantity of cannabis you are eating, you won’t feel that psychoactive high at all. But when you heat a bunch of cannabis buds and smoke it, then most likely you are going to enjoy its psychoactive benefits because all of the cannabinoid acids that are present in a cannabis plant go through decarboxylation process, and one of those cannabinoid acid is the tetrahydrocannabinolic acid that is converted to THC.

How is THCA Used?

There is a bunch of research that suggests that when cannabis is consumed without heating or any processing, it delivers more than a thousand times greater benefits to humans than decarboxylating cannabis. On the flipside, that consuming THCA is highly beneficial for the entire body. It is probably the reason why THCA in recent years, has been studied rigorously to fully know what it is capable of.

Moreover, if you’d like to try it yourself then try to incorporate freshly picked cannabis inside your garden or backyard and incorporate them with anything you can think of. One recommendation I have is making a smoothie, keep it in mind that there should be no process of decarboxylating, that’s why blending cannabis is a great way to make one. As long as you aren’t heating the cannabis, you are good to go.

Although scientific breakthroughs should come around in the years to come, this gives us something to look forward to. As we all know, cannabis plants are wonder plants in this world, they are highly capable of giving us their otherworldly-powers. Keep in mind that CBD and THC are well-documented, what more if other cannabinoids are studied and researched. This gives us plenty of optimism moving forward

Just like any other cannabinoids present in a cannabis plant, they have plenty to show for when it comes to benefits, especially for human consumption. One drawback of THCA is that it isn’t as well-searched, unlike both THC and CBD. However, there’s plenty of optimism as there are direct links to consuming THCA and health benefits. There is one study indicating that THCA has a better and wide-reaching effect in our endocannabinoid system compared to both THC and CBD. By this, it would mean that the consumption of cannabis for its THCA could be the next big thing for cannabis!

It’s just that we won’t know long these scientific breakthroughs to occur. In the meantime, here are some of the few potential benefits of THCA in a variety of studies conducted.

Just like any other cannabinoids, they are potentially effective in treating cancer. Not only does it prevents cancer cells from forming but it can also reverse the case. One study noted that the properties of THCA deemed an effective treatment for prostate cancer. There are also suggestions that THCA can reduce a person’s risk of having cancer as well. But as we’ve said time and time again, it requires further significant research on THCA use for cancer.

One of the most comprehensively documented not only for THC and CBD but THCA as well. Cannabinoids have great anti-inflammatory properties that can easily ease and alleviate different kinds of dangerous diseases where inflammation is associated. Any conditions that can treat inflammation, we go right back to cannabis’s help.

A handful of studies showed that THCA too has analgesic properties. THCA has a direct impact on the TRPA-1 receptor which is the primary receptor of the brain that dictates pain from burning, itching, and pain in general.

At the time of this writing, there were known side effects when consuming THCA. However, some people theorized that consuming THCA may activate into THC when the digestion process occurs, while that may seem to be out of the ordinary, the quantity of THC produced in that scale can be negligible.

Most importantly, it is with the best interest to always consult your doctor when trying to incorporate cannabis into your regimen especially when you are on prescribed medication.

Well, there are so many studies need to be conducted for us to fully exploit the potential of this humble plant. How long will it take is on the shoulders of our trusted scientists and organizations. THC and CBD are the most active compounds found in cannabis but take note that cannabis comprises more than a hundred cannabinoids, it pays to know some of them.

Overall, the use of cannabis and its legalization should pave the way for more studies to be conducted and for other cannabinoids to be studied as well. Let’s take a good look at THCA, it is promising and pack loads of potential when it comes to the field of medicine, that’s why we need to know what is THCA and what it can do to help us in our conditions.