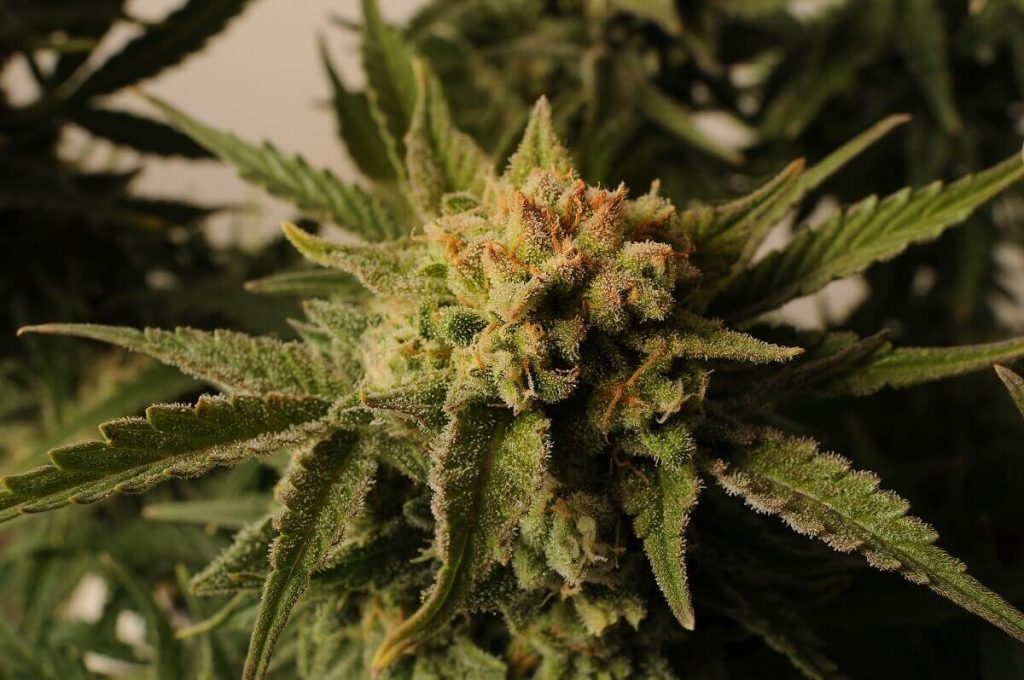 Top 10 Strongest Weed in the World

According to the National Institute on Drug Abuse based on their yearly reports, the strength and potency of marijuana get even more powerful. This is due to the increase in THC levels of every strain from time to time. Compared to decades and years passed, the average THC content of cannabis is only 1 percent than what was recorded this current year which is more than 7 percent.

As the demand increases, the strength and quality of every cannabis also get better. In this article, we will talk about the strongest weed in the entire world. We will also cite detailed information about each strain selected.

One that is known as a strong and powerful strain ever is Godfather OG. This cannabis variety is also called the Don of all Kush’ strains due to its great effects. This has also been backed up by High Times.

Why is that? Godfather OG includes exceptional cannabinoid composition. And, the most common substance that can make someone high which is THC has been seen with an overwhelming presence in this strain. This marijuana variant is composed of up to 34 percent of THC.

This has been made possible through the relentless effort by its breeder named California Herbal Remedies or what we also know as CHR. Godfather OG is the result of crossing two wonderful strains in the world of cannabis which is Granddaddy Purple and Cherry Pie.

Recorded with high THC composition, Chemdawg has become popular due to the strength and potency it is incorporated by. This cannabis strain has even become more popular after bagging home awards in various cannabis competitions. One that has been developed and perfectly crafted by its breeder in Denver Colorado, Next Harvest has sought a better future for this strain due to the exceptional potency it includes. Though its lineage history is not pretty clear, one thing is for sure, it is one of the strongest strains in the world due to the level of its THC composition.

Chemdawg is an indica leaning hybrid with 55 percent of indica and 45 percent of sativa characteristics. One that is known due to its pungent profile, this marijuana variant’s genetics is one of the contributors to producing another famous strain in cannabis history which is Sour Diesel.

Chem Berry D makes all your worries and sadness fade away due to its highly euphoric effects and sensation. This cannabis strain is the result of crossing Strawberry Sour Diesel and Chemdog that has been highly developed and perfected by its breeder with up to 32 percent of THC composition.

Having said that it includes high THC, beginners and novices should take cautious care when it comes to the dosage as it can overwhelm its users with its psychoactive effects. Not only that it is very potent but it is also long-lasting.

Presenting the luscious and flavorful strain with sweet, fruity, and diesel smell and taste, it can relieve you from the body and mental-related difficulties.

One that leans towards its indica characteristics, Strawberry Banana is a cannabis strain

That is composed of 70 percent of indica and 30 percent of sativa properties. This marijuana variant is the result of crossing two wonderful strains Banana Kush and Strawberry Bubblegum. Developed and created with sophistication by its breeder Serious Seeds, its magnificent power in holding the throne as one of the strongest strains in the world has never faded.

Given the fact that it is composed of up to 31 percent of THC, beginners should be cautious in using it as its high effects are overwhelming. One more thing that adds up to its great potential is its terpene profile. Strawberry Banana has been called strawberry banana due to its delectable taste and flavorful relish. One that smells and tastes like a banana with a touch of strawberry.

Another strong and potent strain in the world with appealing effects and highly-coveted benefits, Bruce Banner BX 2.0 is a cannabis strain with a highly consistent THC composition. With its recent laboratory test results, this marijuana variant has been recorded with up to 30 percent of THC the main reason it was called the Mighty Hulk.

One more thing that made it even popular and one of the strongest strains in the world is after being a winner from various cannabis competitions due to its potency and boosting effects.

If you have ever wondered why it is named 2.0, the answer to your curiosity is because of its lineage history. It is the result of crossing two wonderful strains Bruce Banner #3 and Strawberry Diesel.

Original Glue is named after glue due to its ability to generate dense and sticky coats of trichomes. Given its potential to produce a great number of trichomes, this cannabis strain is no wonder a variant that is incorporated with loads of cannabinoid substances making it one of the strongest weeds in the world.

After its recent lab testing, it has been recorded that Original Glue includes up to 30 percent of THC. But not only that it can greatly make its users’ high due to its psychoactive properties, but its terpene profile soars extraordinarily with its delicious and mouth-watering flavor. Not only that it can satisfy you with its taste and potency, but Original Glue has the all-encompassing capacity to glue you on the couch.

One of the popular strains driven in highly potent effects, Girl Scout Cookies is a cannabis strain that originated from the lands of California. This marijuana variant is a result of crossing two exceptional strains Durban Poison and OG Kush. With its loads of awards in various cannabis competitions, GSC or Girl Scout Cookies has even become more popular.

Its effects are overwhelming. You will be able to dive in happiness and great relaxation followed by its THC composition that can go up to 28 percent that can present a boosting high. Girl Scout Cookies leans towards its indica heritage with 60 percent of indica and 40 percent of sativa characteristics.

But it doesn’t only end in that, this strain can also give you a goosebump of satisfaction and great smoking experience with its undeniable flavorful terpenes. It tastes and smells like mint and chocolate followed by its sweet and spicy notes.

Talking about its benefits, not only that GSC is a perfect recreational weed but it is also a beneficial medicinal strain as it can relieve its users that are suffering from vomiting, loss of appetite, and mental-related difficulties.

One of the strongest weeds in the world that has been produced by crossing two exceptional and highly coveted strains Gelato and Girl Scout Cookies. Aside from its great potency with up to 28 percent of THC, Cookies Gelato is also regarded due to its over satisfying taste with sweet, fruity, earthy, and minty fragrance and taste.

As soon as the cannabinoid composition has been absorbed by the body, Cookies Gelato can make its users feel relaxed and happy. To those who are new to trying this strain, you should be careful with the dosage as its effects are overwhelmingly boosting.

Hulkberry is one of the best selling strains in the state of Colorado as soon as the legalization of recreational cannabis consumption has been legalized. One thing that made it the crowd’s favorite is due to its impressive effects and high influences.

Not only in Colorado, but this marijuana variant has also won the hearts of many cannabis users in Europe due to its high THC level that has been recorded based on its recent test which is up to 28 percent. It has also become even more popular after winning various cannabis competitions.

Given its wonderful flavor, aroma, and highly-driven potency, every user has no plan in missing the excitement it can offer.

Ghost Train Haze is a cannabis strain that leans towards its sativa characteristics. This variant has even become more popular after bagging the award as the strongest marijuana strain on the earth in 2012. Given its THC inclusion that can go up to 26 percent, it is no wonder that it has overwhelmed a lot of cannabis lovers with its euphoric effects.

One that is produced after crossing two wonderful strains Neville’s Wreck and Ghost OG, Ghost Train Haze can hit its users with great satisfaction and high experience. One more thing that made it even more amazing is its flavor and aroma. It includes earthy, floral, and citrus characters. Not only is it a perfect recreational strain but it is also a very powerful strain looking for a remedy to the various body and mental-related difficulties.

As marijuana is being improved and developed, so does its effects and influence on the human body. Decades and years have passed, cannabis is increasing its demands due to the high and benefits it can provide to the users.

The above list was carefully selected based on their cannabinoid composition and terpene profile. Hopefully, the given list has helped you choose a strain you can use based on your tolerance. Again, as THC compositions are very high, being cautious with the dosage can help you enjoy your cannabis experience.