Marijuana for Epilepsy: An Addition to Your Seizure Readiness Kit

It has been common knowledge to us, humans of the present times, that Marijuana plants are capable of healing powerful illnesses that we can have, just like epilepsy. More and more epileptic patients have been considering the use of Medical Cannabis for the treatment of their sickness, together with the other patients who also experience the same health condition.

Know more about the nature of Epilepsy and how do Marijuana strains can heal the people suffering from it.

Epilepsy is considered as a disorder in our Central Nervous System, where our brain activities became abnormal, making a person experience seizure- violent or not-as well as the loss of awareness.

Unfortunately, all of us can develop this condition and can be subject to this pressing health condition. The seizures it creates may change from time to time, with some likely to stare with emptiness for some moments, others may move involuntarily for some minutes, and some may just faint away and lose their consciousness for a while.

For a person to be considered with possible epilepsy, it should have experienced at least twice unprovoked seizures.

The treatment of this sickness may vary from one patient to another. Some are required to undergo a lifelong treatment, while others only need to be treated for several months to completely heal the disorder. In some cases, with the children, they outgrow the sickness and turns out that epilepsy has been treated naturally as they grow older.

Majority of its patients need major surgery to ensure the elimination of this problem with their body.

How Marijuana can heal it

There is this system deemed by the Marijuana doctors like the one responsible to our body reacting and getting high. They call it the Endocannabinoid System. The system is simply made up of neurons, neural pathways, and other molecules potential in reacting with cannabinoids through enzymes, lipids, and cannabinoid receptors.

As the endocannabinoid triggers your brain for the expected effect, your neurological system starts to release hormones which inhibit active body movements in the quickest possible time.

As the chemical reaches to your nerves, your Endocannabinoid system reacts, thus giving impulses to your brain to feel relaxed and be sleepy. Before falling to a night of deep sleep, there will be a spectacle of impulses bound to happen with your body.

Brace yourself! This happens every time a person smokes Marijuana rolls.

The terpene directly responsible for the treatment of this sickness is CBD or Cannabidiol.

As we all know, CBD or Cannabidiol is one of the most important terpenes that we can absorb from a marijuana plant. CBD is known to suppress the activities of its user, the moment this chemical reacts in our bloodstreams.

Contrary to THC, CBD slows down its users, giving them a sense of relaxation and sedation, especially to those who combat sicknesses that involves involuntary muscle movements and neurological impairments.

CBD is beneficial to those who experience epilepsy, stress, insomnia, various body pains and even emotional struggles and illnesses.

If a strain has a higher CBD content, it means faster and more efficient treatments, that’s why more and more patients stick with the Marijuana plants that contain high CBD seeds. 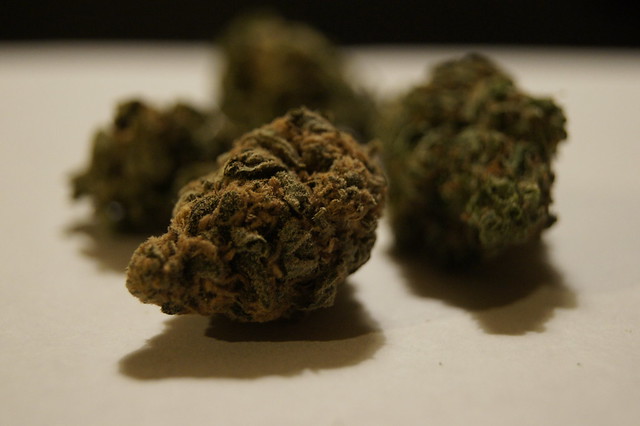 Undeniably, one of the most popular Marijuana Strain in the world. This strain has high CBD content and near-to-none THC traces. Charlotte cannot make you high as this strain is moving silently to treat your illnesses and poses no psychoactive effects.

Its CBD volume can reach up to 17% with a 1% THC content. Charlotte is a cross-breed of an unidentified Marijuana Strain with an Industrial Hemp. Widely sold in the United States and Uruguay, this strain is widely consumed through CBD Oil.

The strain’s name came from a girl who suffered from Dravet Syndrome- a serious type of epilepsy. Upon medical supervision of her doctors, Charlotte Fiji was successfully cured with this Cannabis strain in 2013.

This strain got its name due to its evenly balanced ratio of Indica to Sativa Strains (50:50). Electrically, Alternating Current and Direct Current repels with one another and emits a balanced flow of electric energy. Known to give happiness, ACDC can ‘electrically charge’ and make someone feel euphoric and peaceful.

ACDC is a cross-breed from Cannatonic and Cannabis Ruderalis, with 6% THC and 16% CBD Content. Its CBD content inhibits the users to eat, instead, it encourages them to relax, feel happiness, be uplifted and sleepy at the same time.

Apart from this, patients with alcoholism and other medical conditions such as seizures and severe pain can be treated with this strain.

Let’s move with a strain that has a lower THC volume than the earlier strains that we feature. Cannatonic is a milder strain with 6% THC and 2% CBD volumes. It is good for the afternoon sessions and encourages its users to be relaxed, uplifted, happy, and focused.

This strain is a cross-breed of a female MK Ultra and a male G13 Haze. Due to its hybrid nature, it can effectively cure different health conditions such as muscle spasms, migraine, headaches, and other psychological symptoms as well as other body pains. Apart from these things, Cannatonic also discourages its users to eat, making it one of the most effective strains to help you lose weight.

Its flavors range from woody to earthy, then citrus.

Harlequin comes from different landrace strains containing relatively low THC contents. With the ratio of its CBD to THC, Harlequin is undeniably considered as one of the most effective strains in the world. Harlequin can make someone Happy, Euphoric, Energetic and on top of it all- relaxed.

Its THC content ranges from 10%-15%, though not as high as the other strains, but it can help you with mild way. This strain is a product of Colombian Gold, Nepal Indica, Swiss Sativa and Thai Sativa.

What’s more surprising with this strain? It originated from Nepal’s Mustang State! Because of its cold origin, it can outlast the winter season in other countries where people need it the most!

Its flowering cycle ranges from 49-63 days, with aroma and flavors ranging from Earthy, Woody and Flowery.

Considered as one of the most sought-after Medical Strain in the world, Remedy is a cross-breed of Afghan Skunk and Cannatonic. The Remedy is known to soothe your body pains in minutes and leaves you relaxed, like a young guy enjoying a weekend getaway at European lakes.

Contrary to the rest of the strains, Remedy has a whopping CBD content of up to 15% while its THC is only 1%. Due to its chemical content, this strain is suitable for evening use, encouraging you to not eat more than the average during your dinner.

It cannot make you high as this strain is moving silently to treat your illnesses and poses no psychoactive effects. Also, it directly suppresses your irregular muscle movements with no harsh movements. Magically, it lets you fall asleep as the chemical ‘repairs’ your whole body for several hours.

This strain got its name from the Marijuana Activist and Grower, Lawrence Ringo. This weed is known to have soothing and relaxing effects yet due to traces of THC, can keep you alert and sociable to different people. Unlike any hardcore CBD, Ringo’s can give you relaxation while keeping you alert and awake in the daytime.

The strain is a cross-breed of ACDC and Harle-Tsu and originates from the Spanish City of Barcelona. It’s flowering cycle ranges from 56 to 70 days or 8 to 10 weeks and can heal different kinds of Pain, Inflammations, Stress, Fatigue, and Depression. Its CBD volume is a skyrocketing level of up to 20% while its THC percentage is lower than 1%.

Often, this strain is mixed with drinks, or smoke or oil extraction, especially with the Spanish clubs you can engage within Barcelona. Its aroma and flavor range from Earthy, Nutty, to Spicy and Citrus.

Harle-Tsu comes from 2 dynamic Strains-the Sativa Harlequin and Hybrid Sour Tsunami- that produced better offspring with abundant CBD Content. Instead of giving you a high, Harle-Tsu gives you a sudden mellow, peaceful and relaxing feeling.

Its CBD content ranges from 18-22%, making it one of the most powerful CBD-Dominant strain in the present times, with an all-time low THC content of less than 1%. It is very rare and considered as one of the effective strains to make a person feel a full stomach, discouraging its users to eat more.

This strain applies to people who work in daytime who experience consistent body pains. Also, Harle-Tsu provides you an effective source in being an energetic and inspired one in working.

It can heal other health conditions such as inflammation, stress, depression, and fatigue, while it can make its users relaxed, happy, uplifted, and sleepy. Its flavor ranges from earthy, woody to spicy or herbal.