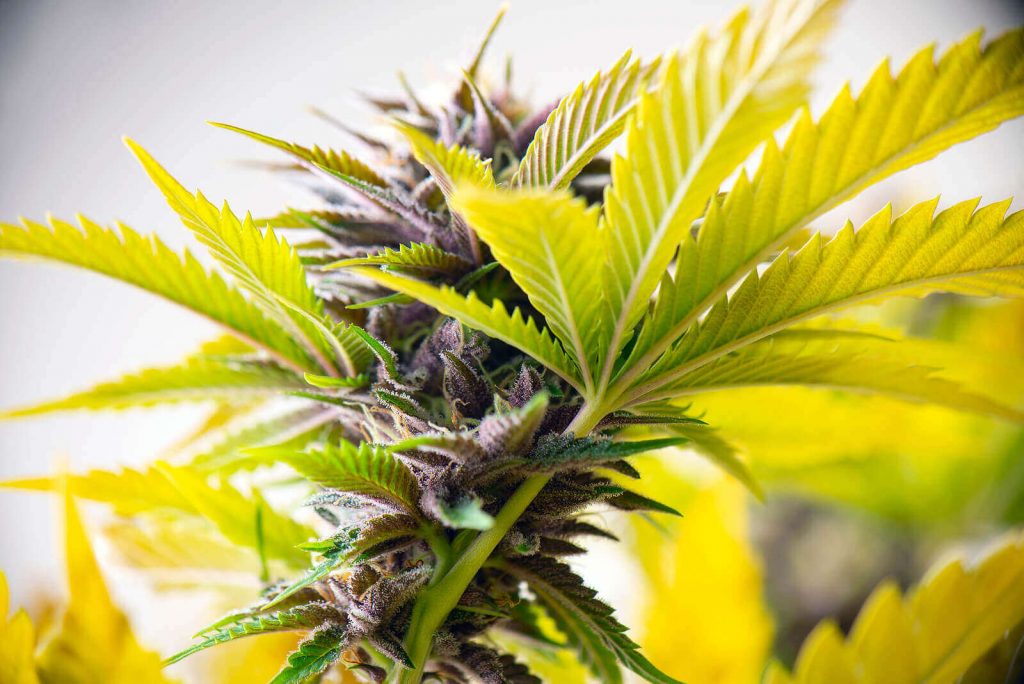 Northern Lights Auto is the autoflowering variant of the legendary and all-time great Northern Lights strain. This is one of the best indica strains in the entire world and will always leave with you a relaxed and fresh feeling right after the duration of its high.

With a scent that has a spicy and aromatic kind of fruity fragrance, Northern Lights Auto assures to you that it will not carry that skunky and pungent odour that cannabis is known for. And the best part is that it is a great strain to grow because it flowers fast and is easy enough to cultivate for beginner growers.

Blue Mystic is not exactly the most recognizable name in the cannabis industry but this strain is surely something that is great for stealth growing especially if the odour is your main concern. Bred from Blueberry and Northern Lights Auto, Blue Mystic carries all that great berry-like scent and fantastic flavors that Blueberry and Northern Lights are known for. As such, you can be sure that it will not produce a stench that is too overpowering.

When it comes to effects, Blue Mystic has that classic indica high that relaxes you and keeps you at ease. You can expect a stress-free experience both when using Blue Mystic and when growing this strain because it is a moderately easy plant to grow.

Master Kush is one of the greatest strains on the planet and has benefitted well from its Hindu Kush genetics. This autoflowering variant of Master Kush carries the same kind of genetics and pleasant aroma that the Hindu Kush is known for. Due to how it is closely related to a landrace, it has an earthy kind of scent but also carries a fruity fragrance that is difficult to hate.

In terms of effects, Master Kush Auto has a great indica high that made it one of the best strains to use not only for a lazy evening but also for those who want to breed new strains and hybrids that carry the Kush genetics.

Hash Bomb Auto is a great strain to use for self-medicating because this plant carries a good amount of CBD. In terms of its genetics, it comes from the Hash Plant, Amsterdam Skunk, and Bomb #1. Even though it carries Amsterdam Skunk genetics, it is anything but skunky. It actually has a sweet odour that becomes even sweeter during its flowering phase.

Due to its property as a hybrid, Hash Bomb Auto has several effects. However, what stands out is its indica side since it delivers a calming and soothing experience instead of one that induces a psychoactive kind of high.

While it will not ring any bells because it is not really the most popular strain out there, Green Ninja is a good option for those who want a nice-smelling marijuana plant as it comes from the Afghani and Northern Lights, which make it a really aromatic and pleasant-smelling strain that will remind you of tropical fruits.

Green Ninja is a potent indica-dominant strain that is great for stealth growers not only because of its fragrance but also because it does not take up a lot of space. Moreover, it only takes about eight weeks to be ready for harvest and is actually a pretty generous plant.

It is not the oldest strain out there but Jack Herer Auto has become one of the most popular buds in the entire world ever since it was introduced to the market not only because it was named after one of the cannabis industry’s finest men but also because this sativa has great overall qualities.

The name suggests everything about it, doesn’t it? Easy Bud lives up to its name as this autoflowering strain is one of the easiest plants to grow in the marijuana industry. It grows very quickly and is really easy to cultivate because of how it is very resistant to a lot of adverse conditions.

Easy Bud, which carries the ruderalis strain genetics and that of the White Indica, is a very pleasant plant because of how it smells like fresh lemons. Moreover, it is also just as pleasant of a bud to use because of its low THC levels. In that case, it is best for beginner users and growers.

Similar to the original variant, Auto Durban Poison is perfect for stealth growers because of how it carries a fantastic scent that is reminiscent of sweet anise mixed with a few spices and a bit of citrus.

Polar Express might remind you of a train running through the icy terrain of the North Pole but this indica strain actually is more pleasant than a train ride. Its genetics are closely related to Lowryder, California Kush, and Northern Lights. That means that it is a low-odour plant that is not necessarily the best in terms of scent but is still nonetheless great for stealth growers.

With its 15% THC levels, Polar Express won’t wow you with its effects but its indica high is great for those who want a mellow evening that is still quite relaxing. You can easily enjoy this plant indoors both as a user and as a cultivator because it puts you in a relaxed mood and is an excellent indoor plant that does not require a lot of space to grow.

Ever wonder what a shark’s breath is like? Well, there probably are not a lot of people alive to tell that tale. Nevertheless, Sharksbreath is a strain that probably does not smell like a real-life shark’s breath but actually has a sweet and subtle scent that makes you want to check for yourself if a shark really has a pleasant breath.

Sharksbreath is a typical small plant that has a pretty quick flowering period. However, the bad part is that you might not want to try to grow it if you are a beginner because it needs advanced techniques to do so. Nevertheless, if you happen to have some experience in growing marijuana, this strain promises to be a subtle one in terms of its odour.