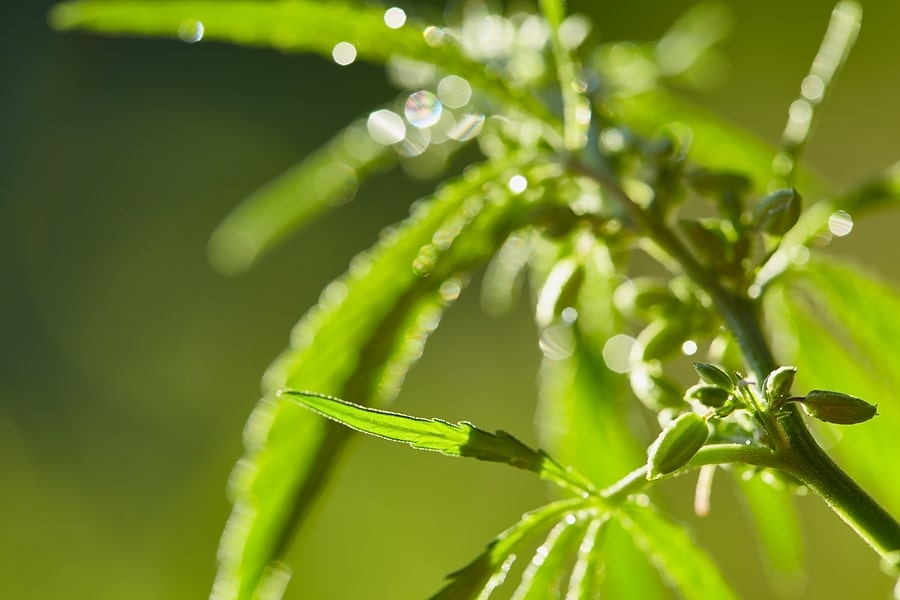 Like most other species in the world, marijuana plants come in different sexes that each has their own roles. Of course, the two main sexes are male and female. And like most other organisms, marijuana seeds will almost always have a 50% chance to become either male or female. However, there is also no efficient way of telling whether the seeds will turn out to be male or female. In other words, you have to wait for the plants to reach a certain point in their lifespan before you can tell their sex.

Male vs. Female: Why is it important to know the sex?

or cannabis producers who want to make sure that they end up with maximum bud yields for their business, it is very important to tell whether a regular cannabis seed will turn out to be either male or female. The reason for such is that males tend to be useless for bud production. Male marijuana plants do not produce buds but produce pollen sacs instead. And, if you do not know yet, the marijuana’s buds is where the THC and other chemical compounds are at their most abundant. So if you want to make sure that you maximize your profits, avoid the bud-less male cannabis plants.

Sounds like a good thing, doesn’t it? It actually is not as good as you might think it is. While it might be a good idea to produce marijuana seeds, which you can plant later on to cultivate more marijuana plants, the problem is that pollinated females do not put as much effort and energy into developing healthy and high-quality buds. That is because they put all their energy into making sure they develop healthy seeds. As such, you will be left with subpar buds that might not even pass market standards.

How to tell them apart?

As mentioned earlier, there is no way for you to tell the sex of a cannabis seed or even of a young marijuana seedling. You have to wait for the plants to reach a certain point in their lifespan before you can tell whether it will end up as either male or female. This might be a bit of a hassle but that is the only possible way for you to tell them apart if you are only using regular cannabis seeds.

Marijuana plants of whatever sex look almost identical as seedlings and up to their vegetative stage. At that point of the young cannabis plant’s life, it is very difficult to tell their sex since they will only be growing stems and leaves. You won’t be seeing any buds or flowers in the first few weeks. As such, you need to wait a bit longer.

Most marijuana plants take at least a month to reveal their sex. There are even those that need one more month depending on the strain you are using and on the conditions you are cultivating them under. In all other cases, cannabis plants will eventually reveal their sex during the pre-flower stage or just when they are done with their vegetative stage and are about to flower. In some cases, male marijuana plants tend to show their sex a week earlier than females.

You can tell the males apart from the females by looking at the crotch or the point in which a new stem grows from an old one. This is where branches usually grow from the main stem. Look at the “V” point between the branch and the old stem and check whether they grow small ball-like sacs. Those are the first signs that the plants are males. But if they are developing white hairs instead of small balls, the plants will turn out to be female marijuana.

However, there are times when it can be difficult to tell them apart because some females tend to grow small balls instead of hairs. If the balls are pointer than the ones you usually find in males, there is a good chance that these will turn out to be buds instead of pollen sacs. In such cases, it might be better for you to wait a day or two before deciding with finality whether the plant is male or female.

What are hermaphrodites and bananas?

Unsurprisingly, male and female marijuana plants are not the only sexes in the cannabis world. There is also a good chance that some female plants will turn out to be abnormal sexes called hermaphrodites and bananas.

In some cases, the hermaphrodite gene is hereditary. In other words, if the female plant came from a seed that was produced by a hermaphrodite parent, such a plant will carry that trait and will produce seeds that they themselves have a high chance of becoming hermaphrodites.

Meanwhile, bananas are the more uncommon abnormality. Bananas are also hermaphrodites in the sense that they are marijuana plants that have both male and female sex organs. However, what differs them from the usual true hermaphrodite is the appearance of their sex organs.

Bananas get their name from the banana-like pollen sac that grows in the middle of female marijuana flowers. These banana-like sacs are the stamen or the exposed part of the pollen sacs. They are different from the common pollen sac in the sense that they lack the protective casing you usually see in pollen sacs. As such, the no longer need to burst open.

While bananas are not as potent as the regular pollen sacs, they can be just as dangerous or even more dangerous because of how they can immediately pollinate your female flowers without having to burst open. One banana might not do as much damage as one pollen sac but if you have multiple bananas in your grow space, the best thing you need to do is to harvest right away to keep them from pollinating your females. There is still a possibility that the pollen in bananas is sterile but all breeders and growers would tell you to avoid running the risk of ending up with pollinated female flowers.

So the main takeaway here is that you should avoid any plant that has a pollen sac regardless of whether it is a male or a female. That is of course if you are focusing on bud production and not on seed production because there are those who value the existence of hermaphrodites especially when they are producing feminized marijuana seeds.