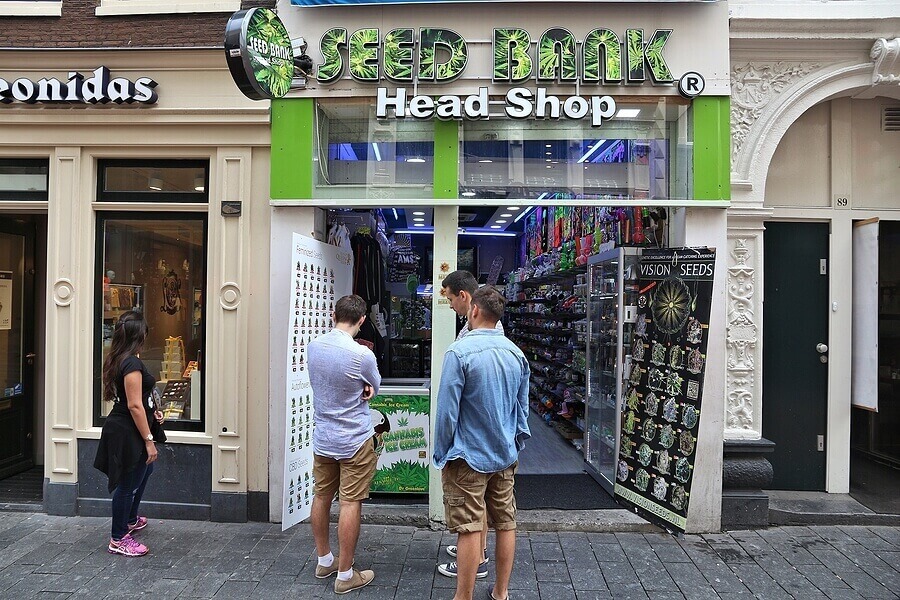 How to Choose the Right Marijuana Strain for You

Marijuana is now becoming better accepted in the world today as legalization in North American states and countries have allowed people to use the plant for recreational purposes. As such, there are now more and more people using marijuana, which is now at an all-time high in terms of its popularity. Even people who have never smoked weed before are now into the cannabis craze as they have heard and experienced the benefits that weed can offer them both recreationally and medicinally.

That said, if you are interested in trying out marijuana for the first time, it might be a bit difficult to do so because there are plenty of strains out there depending on what you need. As such, we have come up with a simple guide to help you choose the right marijuana strain for you.

The first thing you should first think of when you want to smoke weed is the purpose of doing so. There are plenty of reasons why you would want to use marijuana other than the simple recreational and medicinal reasons.

For starters, recreational marijuana can be used for a variety of purposes. Some use it to feel energized at the start of the day or for what we call as “wake and bake” because some strains tend to invigorate or energize the mind and the body. Some use it to take the edge off and to feel a little bit less nervous or anxious because of how weed can help relax the entire state. In relation to that, there are those who use marijuana’s relaxing properties to feel better mentally and physically after a long day and to eventually fall asleep. Meanwhile, there are those who actually love the psychoactive and trippy experience they get from smoking weed.

Medicinally, there are also a lot of reasons why doctors or licensed healthcare professionals prescribe weed for self-medication. Marijuana is known to have anti-inflammatory and relaxing properties that help kill off chronic pain or even relax the muscles to relieve the body of spasms. Cannabis is also effective at treating symptoms of depression and other mood-related disorders because of its euphoric properties. It can even help you fight off lethargy and fatigue.

Whatever your purpose is, make sure that the marijuana strain you are planning on using is effective at providing you those recreational and medicinal benefits.

Believe it or not, the taste of marijuana is actually what some people go for when choosing the right strain for them. It might seem odd but different strains of weed also have differences in terms of taste. It really depends on how such strains were developed and on their ancestry as well as other factors such as the way they were cultivated and where they were grown.

There are marijuana strains that take the fruity and sweet approach when it comes to flavor. Such strains also differ in terms of how they taste. There are those that taste like berries while some take on a tropical or citrus kind of flavor.

Some strains also have a bit of earthiness in their taste. It is not uncommon for some varieties of marijuana to have a bit of peppery taste while some also have hints of nutmeg or cinnamon or other natural spices. Some earthy strains even taste like coffee or chocolate in the best way possible.

Marijuana is usually known for that dank and skunky kind of pungent strain that actually fills the room with an odor that not a lot of people enjoy. In that regard, some people actually love strains that taste that way. This kind of scent and flavor is what marijuana is usually associated with, and it is quite understandable in the sense that there really are a lot of strains that smell and taste that way.

If the flavor is your major concern, there are plenty of great-tasting strains that offer a good combination of taste and effects. Some people might suggest Blue Dream or maybe Chocolope. Jack Herer might also be a good choice for you if you want something that does not only taste good but also has good effects. And speaking of effects…

Different strains of marijuana have different effects. Such effects are usually dictated by the species of marijuana you are using. For example, indica weed strains usually have a relaxing effect that makes you feel lethargic, lazy, and sleepy. Meanwhile, sativa cannabis strains are known for their high-energy effects, invigorating type of high, and euphoric buzz. However, in this day and age, hybrids are becoming the more popular types of marijuana because of how they combine the effects of both indica and sativa well.

Hybrids, while not as potent in making you feel relaxed or energized as pure indicas or pure sativas, are pretty great for people who love the best of both worlds. Some hybrids lean more towards either their indica or sativa sides but they promise to have a good mix of both effects.

When it comes to the effects of a strain, you also have to look at how potent it is. A certain strain of marijuana might have great relaxing effects but it might have a THC level too high for you to take. Tetrahydrocannabinol or THC is the chemical compound that induces the psychoactive effect that marijuana is known for. The higher the THC count, the more potent the trippy high is. In that regard, some people are unable to enjoy the effects they get from marijuana because of the high THC count while others really love strains that are as potent as possible.

If you are more concerned with the medicinal qualities of cannabis, you have to look at the cannabidiol or CBD count. CBD is the second-most abundant chemical compound found in marijuana. While it does not have the psychoactive properties of THC, CBD is mostly responsible for the many medicinal qualities you can get from weed. As such, strains with high concentrations of CBD and lower levels of THC tend to be the most popular medical marijuana strains out there.

Can’t choose the right strain for you? Here are some of the more popular strains you might want to choose from: