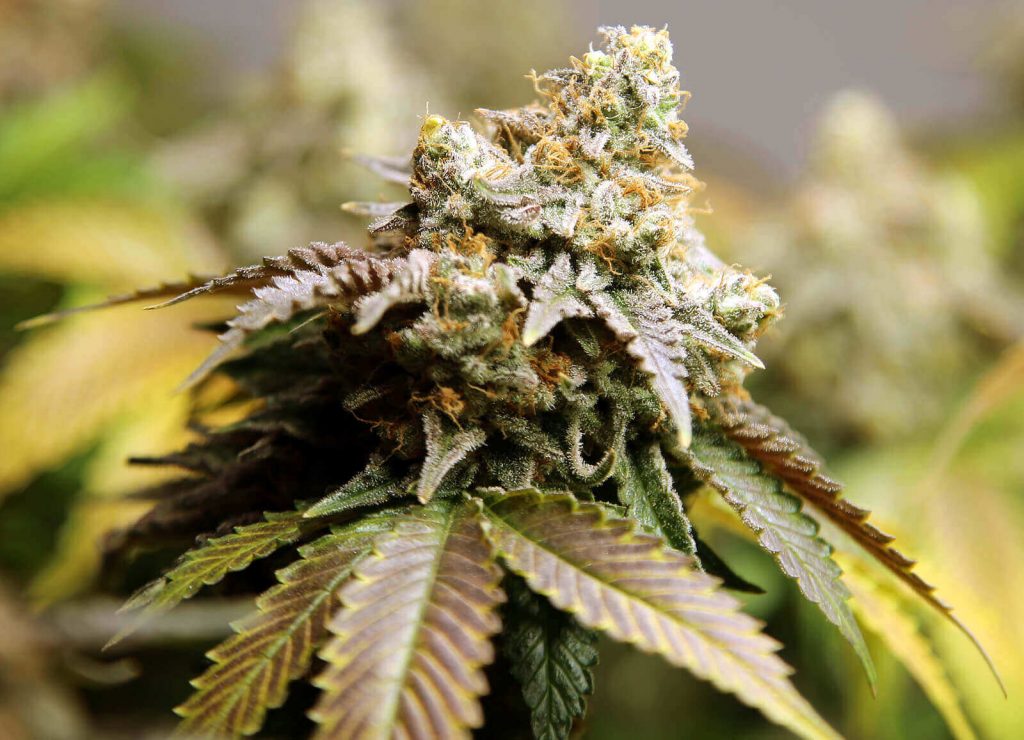 More and more people have been switching to Feminized Marijuana Strains because of its higher and better potency compared with the other seed variations. Despite its more expensive price and more sensitive structure, the Feminized Weeds continue to dominate the industry and its boom has been considered as a worldwide phenomenon that challenges the regular seeds’ quality and viability.

If you are having a hard time in choosing the perfect Feminized Strain for you, worry no more as we are here to present you the Top 10 Feminized Marijuana Strains in the World.

Feminized Seeds are genetically modified seeds known to produce female plants. The seeds are originally capable of producing male and female seeds. However, this genetic modification pursues the female plants to have male pollens for seed reproduction. As the growers found effective ways to make the regular seeds successfully turn to feminized seeds, the Cannabis Industry, particularly those included in the Medical Cannabis sector, have enjoyed Cannabinoid-rich flowers that offer their much-awaited flavors and effects. 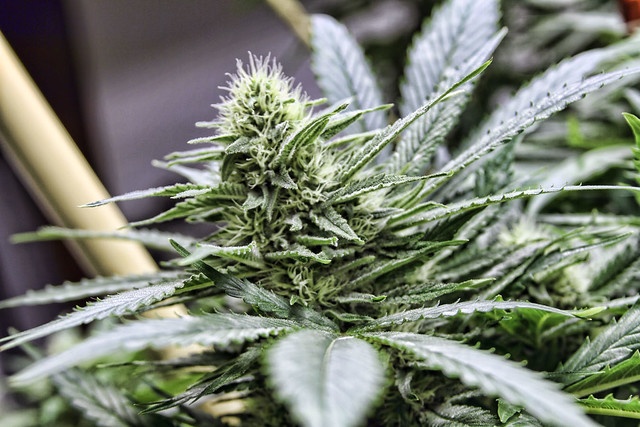 The Northern Light Strain is a result of the cross-breeding of Afghan and Thai landrace strains propagated in the Netherlands by a big and prominent seed bank of all time. There are rumors that this plant was first planted in Seattle before moving to Dutch lands.

The genetic composition of this strain is 95% Indica and 5% Sativa, making it suitable for medical patients to use at night. Aside from this, Northern Light or NL as dearly called has deep purple to green leaves while the plant is visibly covered with frosty, thick and crystal-like resinous trichomes. This thick cover acts as a blanket of protection for the plant against the cold climate and harsh weather.

This plant has a flowering cycle of 7 to 9 weeks or 49 to 63 days and can help the people suffering from Stress, Depression, Body Pains, and Headaches while keeping its users relaxed, sleepy, hungry, and happy. How about its THC content? It has a whopping volume of 33% and can make its users experience an immediate cerebral effect.

White Widow Strain is a product of a successful breeding program by a Dutch Cannabis Seeds Company. This Marijuana strain is the offspring of crossbred Brazilian Sativa landrace and a South Indian Indica, having a 60:40 ratio leaning more to Indica Strain race.

The entire plant is visibly covered with a frosty, thick and sticky resin, a sign that high concentration of THC present in the structure. Its leaves are spring to dark green in appearance and its fat green to white sage-like buds contain bright orange pistil strands, adding a dramatic look to the plant.

Also, the buds have crystal-like texture and conical in looks. Though covered with a thick and strong coating, the buds are loose in structure and break up easily after picking. The aroma it gives off after breaking is similar with a hash to incense-like in odor with kicks of pungent smell when smoked.

This Sativa-dominant strain is an excellent combination of the world’s famous Marijuana strains, the Hybrid Bay Platinum Cookies, and Indica Granddaddy Purple. Its plant is strikingly characterized with golden hairs and thick leaves coated with resins for protection. Upon harvesting, Candyland strains are heavily covered with the trichomes- a resin-like compound essential for Sativa’s survival.

Its buds have camouflage in color and grow up to 6 feet. With its height, this plant is considered as one of the tallest Sativa strains ever cultivated. However, this is still perfect for indoor planting with cold climate. The plant’s flowering cycle ranges from 7 to 9 weeks or 49 to 63 days.

This strain comes in different flavors- tastes like candy, as its name suggests, pungent and earthy. In common, this strain has a candy-like taste and has aromas ranging from mixes of earthy, herbal, piney, pungent, and sweet.

Surprisingly, the Candyland has no CBD, CBG, CBN, or THCV contents. This strain has high levels of THC with an overwhelming rate of 19%-24%. With the said THC rate, Candyland strains are more recommended for people who smoke Cannabis for years than those novices wanting to experience ‘something new’.

Pineapple Express is one of the most remarkable Indica-dominant Strains that can help in suppressing Insomnia. This fruity strain hails from the United States and earns equal recognition with the other fruit-inspired Indica Strains, such as Grape and Pineapple Express.

It can withstand the harsh and cold climate while offering you a unique tropical flavor of Marijuana strains amid the winter in the Northern Hemisphere. Its flowering cycle ranges from 8 to 10 weeks, with its leaves thickly covered with crystallized resins, especially during the height of Canadian Winter months.

The plant’s height can reach up to 2 feet, making it ideal for indoor planting. The plant’s aroma ranges from Pineapple to Sweet and Tropical and is suitable for Afternoon use. Its THC content is 27%- a good amount in providing its users an obvious cerebral effect.

The plant’s height can reach up to 2 feet, making it ideal for indoor planting. To clear your thoughts up, it can make its users Happy, Relaxed, Uplifted, Giggly, and Euphoric.

One of the offspring of two of the influential Marijuana Strains in the world, the Feminized White Russian has been developed to endure the long cold regions of Russia and the rest of the countries lying within or near the Arctic Circle.

It came from White Widow- a known CBD-rich plant of the north, and from Russian AK-47, a known THC-filled strain in the vast lands of Siberia and nearby regions.

It has been once regarded as the most powerful Marijuana Strain in the World due to its relatively high THC content of up to 22%, packed with an extremely fragrance of mixed sweet fruit and a skunk. Its flowering time may range from 7 to 9 weeks, but it can speed up faster due to its feminization.

This hybrid strain is known to heal headaches, body pains, insomnia, and stress, while keeping its users happy, creative, euphoric, and uplifted.

Sweet as it may sound but do not underestimate the abilities of this feminized strain as its flavors may blow you away, packed with a mild THC content.

The Lemon Haze is a Sativa-dominant plant that has its THC content ranging from 15-20%. It came from the Hybrid Lemon Skunk and Sativa Silver Haze. With its strong parents, the strain has been expected by the growers and researchers to be a stronger one. With its ability to knock someone down, the plant did not fail their expectations and continues to dominate the Sativa race that grows in the colder regions of our world.

This Sativa strain is perfect for Afternoon use and is known to heal body pains, stress, and depression, while keeping its users happy, energetic, and euphoric.

The plant has a flowering time of 7 to 9 weeks, with aroma and tastes ranging from lemon, citric to sweet.

The American pride in the Marijuana Industry, the OG Kush has dominated the market for years and has been regarded as the standard for excellence and power for the other Feminized and Regular Marijuana Seeds available in the Online and Local Stores.

Due to its known THC Content, it has been paired with other stronger and weaker strains to create other sets of great seeds that are feminized in the latter.

OG Kush came from the Indica Hindu Kush strains and was developed in Florida, but cultivated in Northern California, up to the northern stretch of neighboring states. Due to their weather conditions, the plant has adopted the cycle and climate over the years, making it create higher THC concentration of up to 27%, one of the highest in the entire Cannabis Industry, since it developed in the 20th century.

This plant is known to heal stress, depression, insomnia, and fatigue. As it heals the said conditions, OG Kush leaves its users relaxed, happy, and at the same time, hungry.

Diesel strains should not be limited in the strains that incorporated the term diesel on their names. This is how Bruce Banner proves its worth to the family.

This strain is one of the most sought-after hybrid plants of today. Derived from the strains OG Kush and Strawberry Diesel, this plant never failed to astound its users with the cerebral effects it brings and the THC volume it has. It is great for Afternoon use right after you report out from your office and can help suppress body pains, fatigue, headaches, and stress while making its users relaxed, happy, euphoric, and creative.

The THC volume ranges from 24% to 29% with its spectrum of aroma and flavors starting from earthy to diesel, berry, sweet, sweet-sour, and strawberry. With these details, you may now have an idea on how Bruce Banner is as sweet as your cake yet as strong as the Marvel’s Incredible Hulk.

The strain is ideal for warm climates with its flowering cycle ranging from 10 to 12 weeks or 3 months from the time it was planted. The plant is good for outdoor planting. As we all know, Sativa plants are quite tall, and it needs a spacious room when a grower insists for it to be cultivated indoors. It can reach a height of up to 5 to 6 feet.

Because of its thick resinous coating and strong smell, one must be prepared to take off with the strain. Its THC content is measured from 20% to 25%. However, there are reports that the strain has achieved its THC volume of up to 35%- a great amount to blow you off and may cause you uncontrollable side effects which may harm you in a long time.

Its smell ranges from Diesel to Earthy and Pungent- true to its character that Sour Diesel is a strong strain that one should not underestimate.

Sour Diesel is good for people suffering from depression, loss of appetite, nausea, and stress, while keeping its users focused, energetic, happy, and creative.

This bomb has been a signature strain by a seed company from the Netherlands known to create seeds with extraordinary chemical contents and unique strains. THC Bomb has either Indica or Sativa dominant genetics, which creates a well-rounded effect, making you knockdown at the very first few seconds after consuming this weed.

On average, this plant grows from 2 feet or higher, considering the factors for its growth, especially the climate of the area where it cultivates in the long run. This strain has a flowering cycle of 7 to 9 weeks or 49 to 63 days, depending on the method used by its grower.

For the much-awaited THC content? This plant has 25% of THC volume in overall scaling, with a CBD content of less than 1%. You may doubt now with this percentage but do not underestimate its volume because the effects of this strain have been highly regarded as one-of-a-kind and excellent.

Due to its high THC Content, this bomb is not like the other plants effective for the daytime use, before you hit the office or during your strenuous hours in your workstation. THC Bomb is versatile, meaning, it is for use in the morning during work or at night before sleeping.

Now that we have given you the Top 10 Feminized Strains of the modern world, the choice will ultimately direct to you, especially in terms of choosing the strain to plant. All of these Feminized Seeds are good for different geographical settings going south to the Australian rocky lands and Chilean mountainsides, to the jungles and river systems of sub-equatorial Southeast Asia, heading to equator traversing the Middle Eastern countries and Latin America, and to the furthest norths of Canada, Norway, Russia, and Finland.