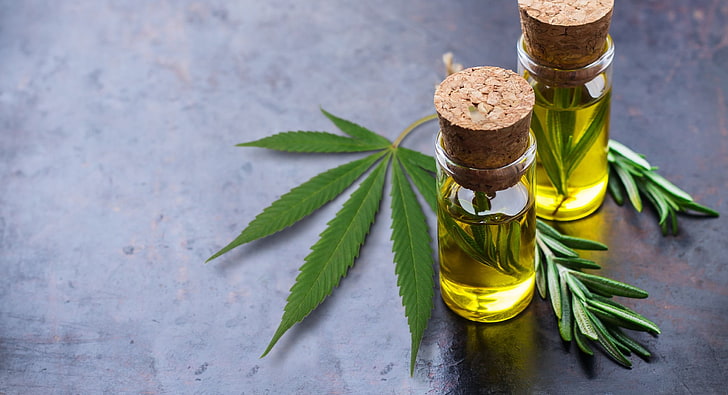 CBD VS THC: What You Need to Know

As the decriminalization and legalization of marijuana are currently looked into various aspects of every country’s governance, the use of cannabis and other products is also increasing its demands. For this reason, a lot of cannabis users are finding other ways and choices for them to enjoy their cannabis consumption and hence, their experience.

Find out what is CBD vs THC?

One thing that is common in the minds of everyone seeking good marijuana is its potency, thus, its cannabinoid composition. There and then, it will be summed up to the most regarded cannabis components which are THC and CBD.

However, have you ever thought about their differences? In this article, we will talk about CBD vs THC. We will also cover everything you should know about these two main cannabis compositions, especially their similarities and differences in many aspects.

When talking about where CBD vs THC came from, one thing will pop in your mind, it is from marijuana. Yes, you are partly right. But, did you know that CBD can also be extracted from hemp plants?

Hemp and marijuana are different in some ways. While marijuana is the species itself, hemp is a variety of marijuana. Hemp plants are also cannabis plants but the only difference is that their THC inclusion is far less than the composition found in cannabis.

Hemp plants include less than 0.3 percent of THC. Marijuana plants, on the other hand, include higher THC concentrations. Thus, greater psychoactive effects.

Both of these compositions can affect the human body in different ways. Though they may have similarities, they also have differences in the way they influence the mind and the body.

In this section, we will talk about the key differences between CBD and THC.

CBD and THC have similar molecular and chemical structures. They both have oxygen, hydrogen, and carbon atoms. (2) oxygen (30) hydrogen (21) carbon. If they have the same chemical and molecular composition, why is it seen differently?

The main reason CBD and THC are regarded as different when it comes to their structure is due to the arrangement of their atoms. When their atoms have a different arrangement, this defines their differences in the effects they can present to the human body. Though they are chemically arranged the same, their influence on the body is complex and far different.

Just what has been discussed above, CBD and THC differ in how they affect the body. While CBD can’t cause someone high, THC is psychoactive, and hence can produce a high effect.

In various countries seeking decriminalization and legalization of cannabis use, CBD and THC legality are seen differently. While CBD is commonly seen for medicinal use, some countries do see it as legal for medicinal purposes. Meanwhile, THC as a non-psychoactive compound is fairly prohibited and is illegal, federally.

There are different advantages that CBD and THC can offer to the human body. Though they have similarities with the benefits it can provide to one’s health mainly to the physical and mental aspects, they sure also share differences in their medical advantages.

As discussed above, CBD is a non-psychoactive compound. Thus, it doesn’t in any way cause any euphoric effects. This is in contrast to THC’s effects. According to the Food and Drug Administration year 2018, CBD-infused medication has great results in one’s body especially for those who are suffering from epilepsy.

For this reason, some medical practitioners where CBD is legal, prescribe it. CBD was also regarded as beneficial in treating body-related pain such as inflammation, headache, migraines, bowel disease, nausea, as well as mental and psychological difficulties like seizures, psychosis, depression, and anxiety.

Meanwhile, based on various research and studies, THC is capable of aiding spasms, inflammation, appetite loss, insomnia, nausea, glaucoma, and even mental-related problems like anxiety. Again, their difference when it comes to their medical advantages is their psychoactivity.

CBD, being seen as a medically legal and beneficial contributor in the medicinal cannabis society, there are no regarded negative effects on it when used directly except having some adverse impact caused by other medicines and prescriptions.

While THC is fatal, it is also considered critical especially when consumed in a great amount as it can cause psychological problems may it be short or long term.
Detection

When we are talking about detection, this defines the capacity of various drug tests to recognize CBD and THC substances. While CBD and THC are consumed by the human body, the ability for them to show up in various drug test results is possible. However, not all drug tests can detect CBD particles. There may be some tactful tests made that can detect CBD, but these tests are very limited. Most drug tests are designed to only detect THC particles even in minuscule amounts.

As CBD and THC are both the most common and significant composition of marijuana, so does hemp plants as it also produces the said compounds. Still, marijuana plants are composed of great THC concentrations compared to hemp plants. While in their extraction process, CBD vs THC have different levels and percentages, so do their wrenching means.

CBD and THC are both seen as beneficial to the human body. However, with the extent of their similarities in terms of their advantages, their differences also vary in different aspects. While THC is seen as psychoactive and does make someone high, CBD doesn’t. Regarding their medical benefits, federal law has taken the side of CBD given its no or fewer side effects versus THC.

Being the common composites found in marijuana, both function in the same manner that a human could benefit but not both of them are regarded as similar due to their influences and impact on the body. Meanwhile, every cannabis user must and should be cautiously understanding their differences depending on the need and preferences.