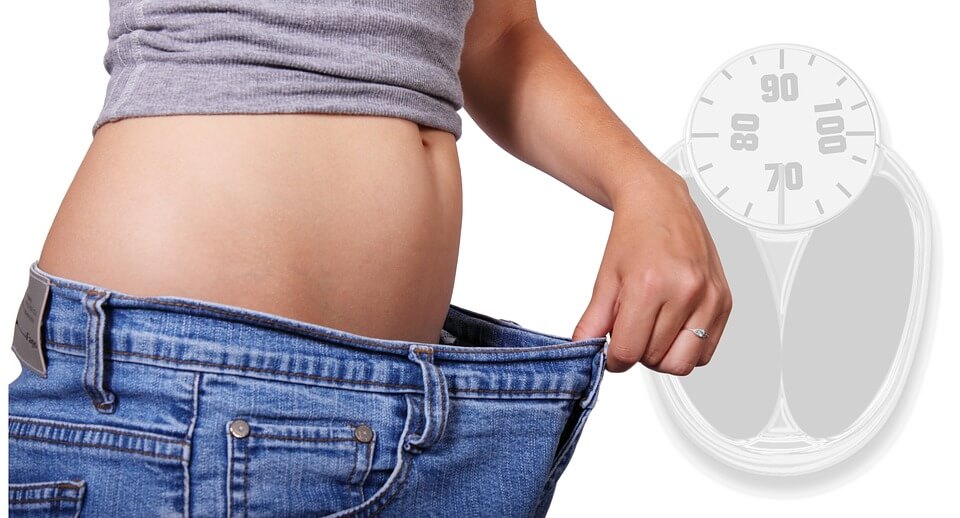 There are recent studies that people nowadays are getting fatter and thicker than the previous generations. Their desire to stay fit and active has drastically decreased over the years, and this is due to the global modernization and faster lifestyles being applied by each of us. However, as the trend for obesity increases, the need for fitness programs increases as well, encouraging people, like us Marijuana users, to find ways to reduce our weights and keep our figures in ideal conditions.

But you might wonder, can these plants help you lose weight? In these times where most of us who work almost every day for 8 to 12 hours, we don’t have the luxury to hit the gym and burn fats ‘til we achieve that perfect body. This is where this plant steps in. Marijuana plants can help you lose weight, by simply pushing you to eat less and feel better. Here are the Strains that help you lose your weight.

Losing your Weight while Keeping you High

According to a 2011 Study of the American Journal of Epidemiology, regular Cannabis users have a thinner waistline than those who do not use Marijuana at all. This phenomenon happens with the Marijuana users is directly attributed to the chemicals embedded in each strain.

In another study conducted by a team of Canadian doctors and scientist last 2015, they have proven that the THC directly inhibits a person’s cravings to eat. To simplify, the THC diverts your mind and focus on being happy, and do productive activities, instead of sitting down and eating anything you want to consume.

A hybrid Marijuana Strain coming from Jack Herer and G13 Haze, this strain gives you the ability to avoid eating more while kicking you to be happy, relaxed and feel uplifted. It has a THC volume of up to 24% and ideal for morning use.

It can help in treating different health conditions such as Depression, Body Pains, Fatigue, and Stress. Its flavors range from Pine to Citrus and Lemon-like.

But before considering to plant this strain, be sure that you are well-experienced in planting Marijuana Strains because an XJ13 is not as easy to grow like the other existing plants.

This rare Sativa plant is known to have a high THCV content, powerful enough to neutralize Parkinson’s Disease, panic attacks, and other sicknesses related to abnormal involuntary muscle movements.

Doug’s Varin is also known to promote bone growth, aside from cutting your appetite quality and inhibits you to eat more, unlike the other strains which encourage you to grow bigger by eating beyond what is required.

This strain helps in treating inflammations, body pains, nausea, depression, and stress. At the same time, it encourages you to be energetic, focused, uplifted, and euphoric.

Its flavors range from woody, earthy to lemon.

Named by Snoop Dogg, this Sativa strain is one of the most prominent strain in the year 2011 due to its rebranding. Green Crack came from Skunk Number 1, another known strain. However, its lineage is still in dispute as other accounts tell another involved strain where the Green Crack came from.

Green Crack has an average THC content of 24%. This strain is good for morning use and is known to cure headaches, body pains, fatigue, stress, and depression while keeping its users energetic, happy, uplifted, and focused.

Its flavors range from earthy to citrus and sweet.

Considered as one of the most sought-after Medical Strain in the world, Remedy is a cross-breed of Afghan Skunk and Cannatonic. The Remedy is known to soothe your body pains in minutes and leaves you relaxed, like a young guy enjoying a weekend getaway at European lakes.

Contrary to the rest of the strains, Remedy has a whopping CBD content of up to 15% while its THC is only 1%. Due to its chemical content, this strain is suitable for evening use, encouraging you to not eat more than the average during your dinner.

It cannot make you high as this strain is moving silently to treat your illnesses and poses no psychoactive effects. Also, it directly suppresses your irregular muscle movements with no harsh movements. Magically, it lets you fall asleep as the chemical ‘repairs’ your whole body for several hours.

Its flavors range from skunky, earthy, to flowery.

Harle-Tsu comes from 2 dynamic Strains-the Sativa Harlequin and Hybrid Sour Tsunami- that produced better offspring with abundant CBD Content. Instead of giving you a high, Harle-Tsu gives you a sudden mellow, peaceful and relaxing feeling.

Its CBD content ranges from 18-22%, making it one of the most powerful CBD-Dominant strain in the present times, with an all-time low THC content of less than 1%. It is very rare and considered as one of the effective strains to make a person feel a full stomach, discouraging its users to eat more and just relax instead.

This strain applies to people who work in daytime who experience consistent body pains. Also, Harle-Tsu provides you an effective source in being an energetic and inspired one in working.

Named after an infamous British criminal, Jack the Ripper is a cross-breed of Jack’s Cleaner and Space Queen. This Sativa-Dominant strain has a THC content of up to 17% and has almost no CBD contents at all.

It is known to deal with Stress, Depression, Pain, and Fatigue, while making its users feel happy, energetic, euphoric, and uplifted. The flavors range from pine, then lemon to citrus. Its flowering cycle ranges from 7 to 9 weeks or 49 to 63 days.

However, there are records that Jack the Ripper exceeds its average THC Content up to more than 20%. Some say that it reached up to 35% when taken good care and kept its concentration.

As the name indicates, Durban Poison came from the African City of Durban in South Africa. The strain is a product of pure African landrace, and rose to popularity during the earlier years of Cannabis cultivation in Africa, dating back as old as the 14th century. With its 26% THC content, everybody who wishes to use this strain will be assured of the promised direct effect right after they puffed its first smoke.

Durban Poison is known to treat nausea, depression, stress, fatigue, headaches, and localized body pains. With this, it intends to make its users happy, uplifted, energetic, and creative. Due to its high THC volume, this strain works at its best during mornings and last up to the late afternoon.

Despite its high THC volume, Durban Poison is surprisingly to taste sweet, with the other flavors of earthy and pine.

The last to complete our 8 Sativa Strains for Weight Loss is the Power Plant. This strain derived from South African strains of the same type which are purely Sativa in chemical composition, size, appearance, and taste.

Power Plant is known to be one of the mildest Sativa Strain with a THC volume ranging from 15% to 20%. Its ability to heal different illnesses, especially inhibiting its users to eat, has been highly regarded internationally and through Scientific studies.

It can deal with body pains, stress, insomnia, and depression. With this treatment, it allows most of its users to be happy, uplifted, euphoric, talkative, and relaxed.

Of all the 8 listed here, Power Plant is the only strain to have a spicy flavor with hints of being pungent and earthy.

One of the American Pride for the International Marijuana Industry, the Lemon G is a Sativa-dominant race and a daughter of Original G13. This strain has been well cultivated in Ohio and is great for its lemon-rich fragrance and aroma. The plant’s flowering time ranges from 9 to 11 weeks, making it be considered as good for those who are experienced in culturing Cannabis strains.

Once taken, it can help in treating body pains, stress, depression, nausea, and headaches while keeping its users uplifted, happy, euphoric and creative. Its flavors range from earthy to lemon and citrus in taste. It is known to bring a buzzing yet not a cerebral effect for those who regularly use the Lemon G. However, it can give an immediate high effect with explosions of euphoria and sociability.

Its THC content can reach up to 23% and is ideal to be used in the afternoon before taking your dinner and sleep afterward.

One must not underestimate the abilities of this strain just because of its fancy name. This hybrid strain originates from the strains of Durban Poison and Granddaddy Purple- two of the most powerful Marijuana Strains to exist in the present times.

Its buds are filled with orange pistils, packed with a mixed sweet and sour smell of a cherry pie. It can treat people with stress, depression, pain, and insomnia and can make its users relaxed, happy, creative, and euphoric.

Its flowering cycle ranges from 7 to 9 weeks or 49 to 63 days and its THC volume ranging from 26% to 28% and is perfect for night usage, just before sleeping.

The strains flavors range from earthy to berry and sweet.

Harlequin comes from different landrace strains containing relatively low THC contents. With the ratio of its CBD to THC, Harlequin is undeniably considered as one of the most effective strains in the world. Harlequin can make someone Happy, Euphoric, Energetic and on top of it all- relaxed.

Its THC content ranges from 10%-15%, though not as high as the other strains, but it can help you with mild way. This strain is a product of Colombian Gold, Nepal Indica, Swiss Sativa and Thai Sativa.

What’s more surprising with this strain? It originated from Nepal’s Mustang State! Because of its cold origin, it can outlast the winter season in other countries where people need it the most!

Its flowering cycle ranges from 49-63 days, with aroma and flavors ranging from Earthy, Woody and Flowery.

Do not be mistaken in considering this as an award for artists who sold millions of their song albums elsewhere. This strain was named platinum because of its thick silver resinous coating which deliberately tells you of its potential THC content and how it can knock you down at once.

It is known to cure Insomnia, Stress and Body Pains while making its users relaxed, happy, euphoric, and sleepy. Not to mention its aroma and flavors ranging from earthy to sweet with hints of spice and herbs. Some say that Platinum also bears the taste of pine and wood.

The strains above that are good for lessening your appetite should not be solely liable to your weight loss. Just like the other food and dietary supplements, they should only act as a partial catalyst to your journey towards achieving your fir and perfect body. Every user should not purely depend on smoking weeds every day and wait for their weights to lose tomorrow.

It will bounce back to the type of lifestyle that each user lives each day. Are they active enough to hit the gyms and do their physical workouts and sweat their calories every single day? Or do they just live within the comfy seats of their sofa beds, busy searching in their TV sets for the newest Netflix series to air after a few weeks?