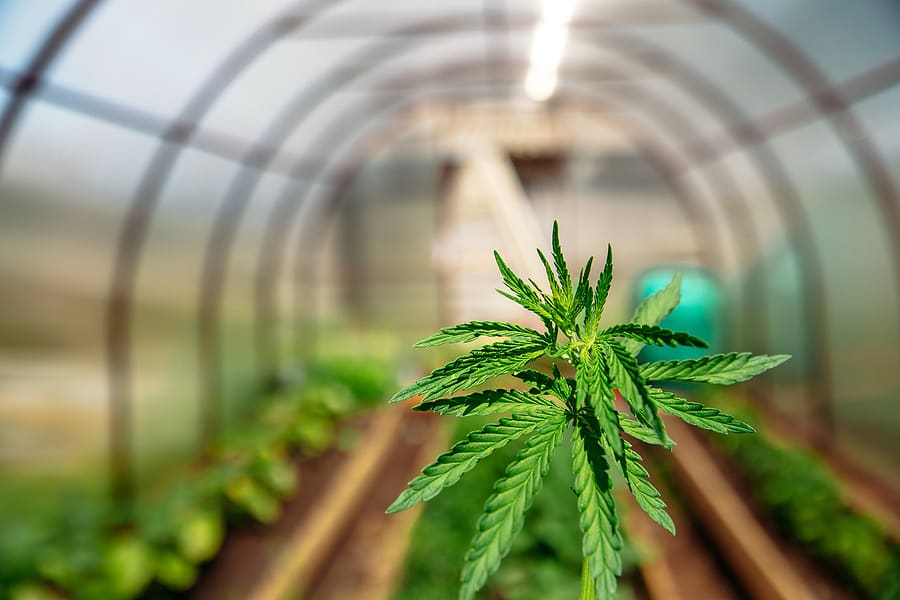 The modern world has witnessed a rapid increase in the demand of Indoor Cannabis Cultivation for those who aim for a sustainable Marijuana Practice upon the future years. This surprising innovation by the younger Cannabis growers has been associated to their busier lives, forcing them to create an accessible and easy way of growing the seeds while keeping their productivity rates at a high range.

Because of this change of behavior, the Marijuana Seed Companies had further developed the strains that are suitable for the Indoor Cultivation, making them more adaptable, more competitive and produce better buds despite having extensive exposure to artificial lights. Here are the Best Indoor Cannabis Seeds.

The Art of Nourishing

There were two types of cultivating Marijuana Plants in the world even during the Ancient Times- the Indoor and Outdoor Growing.

The Cannabis Indoor Growing has been a long practice for many Marijuana Users, especially in the countries where the Cannabis Seeds are legal for retailing and public use, just like in the Netherlands and Uruguay. It is in these places that the people have been great in advocating the responsible use of the controversial strains that ultimately led to their glorious achievement which is being enjoyed in the present times.

From these countries emerged users with green thumbs that produced great Cannabis seeds and strains by planting indoors. Take a look with our recommended indoor strains.

The Northern Light Strain is a result of the cross-breeding of Afghan and Thai landrace strains propagated in the Netherlands by a big and prominent seed bank of all time. There are rumors that this plant was first planted in Seattle before moving to Dutch lands.

The genetic composition of this strain is 95% Indica and 5% Sativa, making it suitable for medical patients to use at night. Aside from this, Northern Light or NL as dearly called has deep purple to green leaves while the plant is visibly covered with frosty, thick and crystal-like resinous trichomes. This thick cover acts as a blanket of protection for the plant against the cold climate and harsh weather.

Due to its protective cover, this plant is resistant to molds and fungus. It is also considered as a resilient plant due to its ability to suppress any threats on its protection.

This plant has a flowering cycle of 7 to 9 weeks or 49 to 63 days and can help the people suffering from Stress, Depression, Body Pains, and Headaches while keeping its users relaxed, sleepy, hungry, and happy. How about its THC content? It has a whopping volume of 33% and can make its users experience an immediate cerebral effect.

Big Bud is one of the award-winning Strains from a Dutch-based Seed Company. Developed in the 80s, this strain has been limited before to a clinical trial and unexpectedly caught the public’s warm reception after some years. The strain was created in the United States of America and was a product of the prominent Afghani, Haze, and Northern Lights strains.

Due to its remarkable impact in the 80s and 90s users, Big Bud won a major award in the High Times Cannabis Cup of 1989.

As its name suggests, this strain has bulky green buds compared with the other existing strains, making it favorable for the Indoor gardening. Its crowning glory relies on the silvery-white resinous coats which indicates a heavy concentration of THC embedded in the plant. This plant has a flowering cycle ranging from 7 to 9 weeks or 49 to 63 days.

With its high THC content ranging from 15% to 26%, its users are all assured of the glorious yet sleepy high to kick in, minutes after its first puff.

Big Bud is good for people suffering from stress, depression, pain, insomnia, and muscle spasm while it can make its users Relaxed, Sleepy, Uplifted, Happy, and Focused.

Another prominent Sativa Strain, Super Silver Haze has earned recognition and awards way back in 1997, 1998, and 1999. This strain is a triple cross-breed of Skunk, Haze, and Northern Lights. Its THC content is 23% and lies within the average of any Marijuana Strains. Of the strains featured here; Super Silver Haze is the only strain that came from three parents.

This strain is known to treat stress, depression, fatigue, and pain. It also encourages its users to eat less while promoting being energetic, happy and uplifted. Its flavors range from earthy to citrus and sweet. Also, Super Silver Haze is perfect for the morning use, as it encourages the users to be productive, active and be alive.

Aside from the traditional soil growing, the Super Silver Haze strains can grow at its best if planted with the use of hydroponics. Be prepared in taking care of this strain as its flowering cycle lasts for 10 to 12 weeks or 70 to 84 days with some difficulties in growing this kind of strain. The plant’s height may grow higher up to 6 feet.

This strain is suitable for the veteran growers, considering some sensitive properties of a Marijuana plant is seen on this strain.

Pineapple Express is one of the most remarkable Hybrid Strains that can help in suppressing Insomnia. This fruity strain hails from the United States and earns equal recognition with the other fruit-inspired Indica Strains, such as the Grape and Banana. Pineapple Express came from Hawaiian and Trainwreck strains, which can give a good perception towards its users on how they must expect in the effects of the strain.

It can withstand the harsh and cold climate while offering you a unique and striking tropical flavor of Marijuana strains in Canadian winter wonderlands. Its flowering cycle ranges from 8 to 10 weeks or 56 to 70 days, with its leaves thickly covered with crystallized resins, especially during the height of Canadian Winter months.

The plant’s height can reach up to 2 feet, making it ideal for indoor planting. The plant’s aroma ranges from Pineapple to Sweet and Tropical and is suitable for Afternoon use. Its THC content is 27%- a good amount in providing its users an obvious cerebral effect.

To clear your thoughts up, it can help people suffering from Depression, Body Pains, Fatigue, and Lack of Appetite while making its users Happy, Relaxed, Uplifted, Giggly, and Euphoric.

White Widow Strain is indeed one of the most prominent strains that have been ever created in our modern world. It is a product of a successful breeding program by a Dutch Cannabis Seeds Company. The plant was believed to originated from the mountains of Afghan-Pakistani borders and was transferred in Florida for scientific researches and commercial intentions.

The entire plant is visibly covered with a frosty, thick and sticky resin, a sign that high concentration of THC present in the structure. Its leaves are spring to dark green in appearance and its fat green to white sage-like buds contain bright orange pistil strands, adding a dramatic look to the plant.

Also, the buds have crystal-like texture and conical in looks. Though covered with a thick and strong coating, the buds are loose in structure and break up easily after picking. The aroma it gives off after breaking is similar with a hash to incense-like in odor with kicks of pungent smell when smoked.

Its THC content has its average of a whopping 30% and may reach up to 35% when properly taken good care of. Before we forgot, it has no CBD contents, that is why this strain carries out a creeping cerebral effect which directly affects your brain and nervous system and may hit you at once.

The plant is known to treat Stress, Depression, Insomnia, and localized Body Pains while keeping its users Happy, Energetic, Euphoric, and Relaxed. Due to its effects, this strain is recommended to be used in the morning.

Named by Snoop Dogg, this Sativa strain is one of the most prominent strain in the year 2011 due to its rebranding. Green Crack came from Skunk Number 1, another known strain. However, its lineage is still in dispute as other accounts tell another involved strain where the Green Crack came from.

The strain has been originally considered as endangered and near to historical extinction, but thanks to Snoop Dogg, its future was saved and the tradition of using this strain in any chosen time of the day has been revived.

This plant has a flowering cycle that ranges from 7 to 9 weeks or 49 to 63 days, with a height that may reach up to 6 feet when properly grown. Despite its possible height, one must not worry too much on its way of cultivation because Green Cracks are very easy to grow and can develop further with only a little supervision.

Green Crack has an average THC content of 24%. This strain is good for morning use and is known to cure headaches, body pains, fatigue, stress, and depression while keeping its users energetic, happy, uplifted, and focused.

Its flavors range from earthy to citrus and sweet.

Blue Dream is a cross-breed of Indica Blueberry and a Sativa Haze. This perfect match gave way to this powerful child which can deter your appetite and encourage you to do more than eating.

It has a THC volume of up to 27%, one of the highest in the present times but this strain has managed to sustain a 2% CBD in its system, somewhat neutralizing the intense effect that THC can do with your body. Its flavor ranges from Blueberry, Sweet, and Berry-like.

This plant is known to treat Stress, Depression, Headaches, and Localized Body Pains. As it suppresses these conditions, Blue Dream leaves its users happy, relaxed, creative, and euphoric. The plant’s flowering cycle lasts from 7 to 9 weeks with a tall height reaching up to 6 feet.

Despite its high THC content, this strain is easy to grow, considering its popularity among the West Coast States in the United States and Canada. There are easy-to-understand guides produced by the other experienced users and online forums as well.

It is assumed that one will go on a blue dream if a plant of it has been successfully grown, cultivated, and used.

This classic Sativa Strain traced its roots in the mountainous area of Santa Marta, Colombia. Since its international discovery in the mid-60s to 70s, the plant’s influence spread like a wildfire in the region, becoming an important strain for the Cannabis Economy of the Latin America, with Acapulco Gold as its partner in this part of the Americas.

This gold is indeed endemic to Colombia as this strain came from the Influential South American Strain.

Its flowering cycle may last from 7 to 9 weeks or 49 to 63 days and its height ranging from 5 feet and above.

Its THC content is 20% and is good for the morning people.

Now that we have given you the Best Indoor Seeds, you have now the power to plan, create, and build a sustainable future of yours. It is going to be a useful experience for us if we have pushed ourselves to the limit in providing a great artificial environment for the Indoor Seeds, giving us more control to the growth of each seed to be cultivated through an Indoor setting. Enjoy planting and grow wisely!