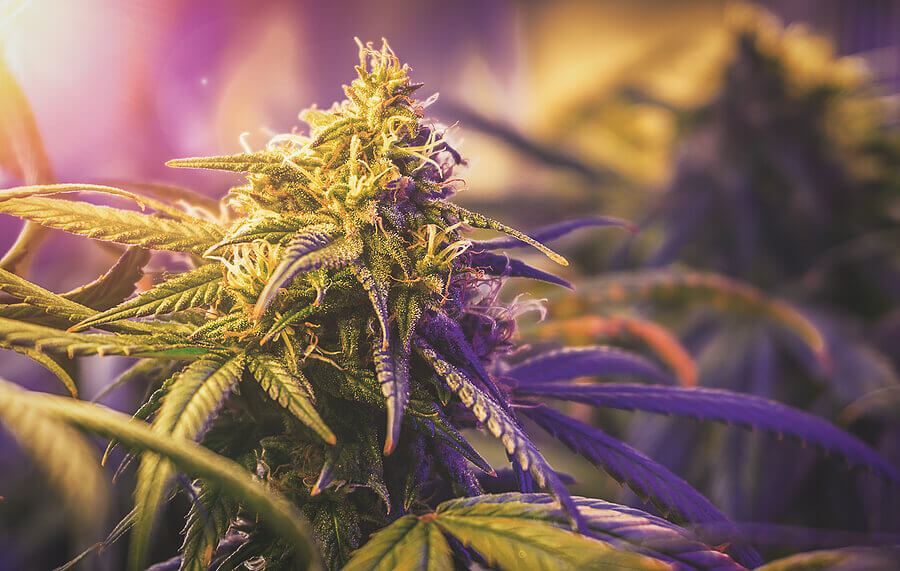 A Complete Guide to Understanding Marijuana

Marijuana is a very interesting topic. You have many things to learn about it, whether it will be your first time to smoke or cultivate cannabis. You need to know its origin, the plant’s structure, and chemistry, its types and forms, and the cultivation process,

Cannabis and Its History

People have been using marijuana for more than 12,000 years. Throughout that period, the plant spread in Asia and North America, reaching almost every part of the planet. Marijuana originated in Central Asia, in which the nearby populations discovered it and distributed it in China. The plant reached its full potential as a good cultivated crop in China.

China became the main area for cannabis cultivation. The people traded oils, rope, paper, and flowers. The first recorded use of marijuana as a medicine happened in 2,737 BC. Emperor Shen Neng of China prescribed cannabis tea to relieve gout and rheumatism.

The Chemistry and Structure of a Cannabis Plant

Marijuana is like humans in many ways. The plant adapts to the environment without any problem. It also comes with a life cycle and a significant sexual reproductive system.

Once fertilized, a female cannabis plant will produce seeds. The plant only produces flowers when another female plant fertilizes it. In case of producing seeds, the old cannabis plants (both male and female) will die, but the species will keep surviving.

Right now, the female marijuana plant is the “bread and butter” of the industry. Every single product that you buy comes from a female plant.

Here are the parts of a cannabis plant’s structure: 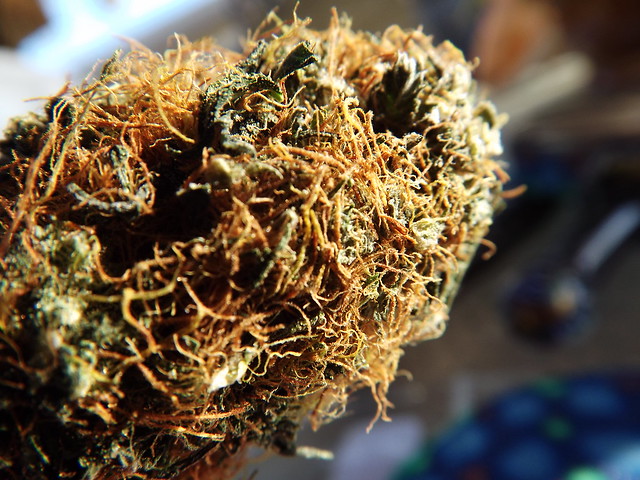 Two of the most interesting things to learn about marijuana are cannabinoids and terpenes. Cannabinoids are the chemical compounds produced within a marijuana plant, particularly in the trichomes. Two of them are CBD and THC.

These substances produce effects when you consume the plant. When you consume marijuana, the cannabinoids will travel across your bloodstream. Then, they will attach themselves to the natural cannabinoid receptors of your body – the CB1 and the CB2.

Terpenes are the essential oils that give the signature taste and aroma of marijuana. Also, they contribute to the medical effects of the plant by aiding cannabinoids in crossing the brain-blood wall. Besides, terpenes can increase the activation of the CB1 receptor, thereby boosting the effects of marijuana.

Marijuana has over 60 cannabinoids including THC and CBD. They are the two most popular chemical compounds in cannabis. THC or Tetrahydrocannabinol is the intoxicating cannabinoid that causes a person to feel the effects of weed as it binds into the cannabinoid receptors.

These effects include euphoria, happiness, relaxation, energy, laziness, increased appetite, and many more. Of course, the effects will depend on the strain. With its interaction with the endocannabinoid system, THC can alleviate a multitude of symptoms when using marijuana for therapeutic purposes. Cannabis relieves chronic pains, spasms, and nausea.

THC percentages typically vary from 5 to 20 percent in dried flowers and as much as 95 percent in the concentrated extracts. Since you’re a beginner, you need to remember this: the higher the THC amount, the more potent the cannabis product is. Thus, the stronger the high would be.

CBD or cannabidiol is the 2nd most popular cannabinoid and the opposite of THC. It’s non-psychoactive, so it can’t get you high.

CBD comes with strong anti-inflammatory properties and is desirable for medical users who want to relieve some symptoms without the intoxicated feeling. As a non-psychoactive substance, CBD is useful in relieving the signs and symptoms of anxiety, epilepsy, and metabolic disorders. 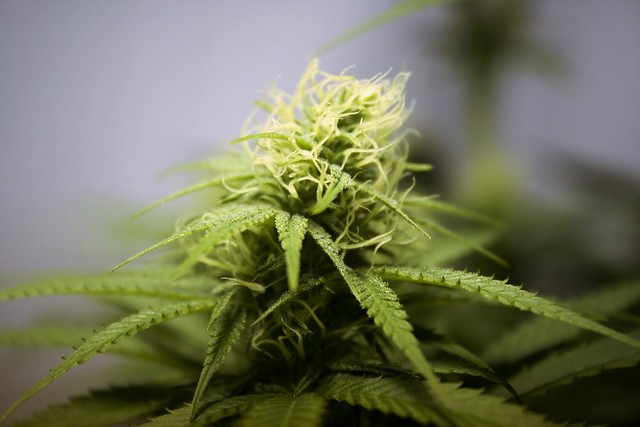 Cannabis exists in 3 major subspecies: cannabis Indica, cannabis Sativa, and cannabis ruderalis. The 4th type of marijuana is the most abundant one known as hybrids.

It is one of the most widespread strains that take more time to mature. Also, it is easy to recognize by its tall and narrow appearance.

This type of cannabis plant is normally 2 to 4 meters tall, less dense, and comes with more elongated flowers. The leaves of it are light green. The plant itself comes with a pleasing sweet aroma.

If consumed, cannabis Sativa will produce a euphoric feeling. It feels like a cerebral high that triggers a flood of creativity and energy.

Originated in Pakistan, Afghanistan, and India, cannabis Indica is a very popular subspecies. Characterized by a short, stocky appearance, cannabis Indica can easily adapt to relatively cool areas. This plant is highly branched, coming with a sour taste and darker leaves.

Cannabis indica takes less time to a flower that makes it a famous option among growers together with the reality that it is more compact compared to cannabis Sativa. This characteristic is making this subspecies suitable for indoor growing. Cannabis indica is known for its calming and sedative effect, so it is best for evening or bedtime use.

It’s the least popular of all these subspecies of marijuana. Cannabis ruderalis is somewhat small, with its height ranging from 30 to 70 centimeters tall.

It doesn’t have enough cannabinoids. Despite that, breeders like cannabis ruderalis due to its autoflowering genes. Cannabis indica and Sativa need light exposure right after the germination process. However, the case is different for cannabis ruderalis. This subspecies will flower on its own after around 3 weeks. Thus, the strain is commonly used in making new hybrid plants that have autoflowering qualities and decent THC content.

These cannabis plants are the combination of cannabis Sativa, Indica, and occasionally, ruderalis. Hybrids can be formed naturally in the woods. However, the ones you can find in the online stores or dispensaries are grown for a purpose. The smell, taste, size, flowering, and potency of hybrids will depend on the strains used in crossbreeding.

Thus, the flowering period varies, and the plant’s effects will range from strain to strain. Hybrids are a famous option among breeders. They are typically the most prominent product in online marijuana stores.

The legalization of cannabis paved the way for a large range of products that serve one purpose. That is to transport the cannabinoids in the bloodstream and give relief or induce a high feeling. 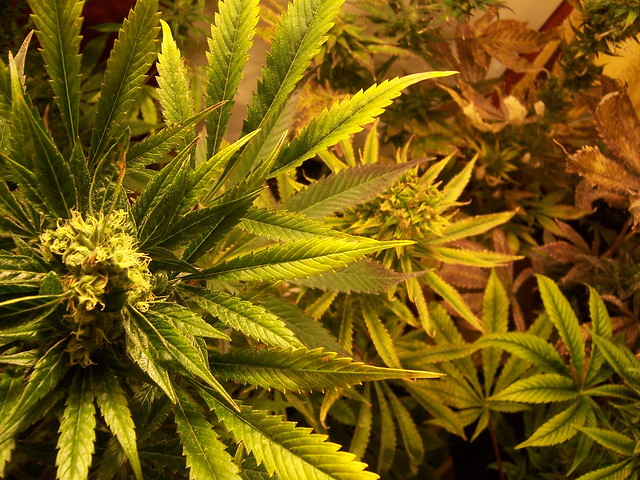 Growing marijuana for bud production and harvesting is a tricky process in the first glance. Once you know the basics in cultivating pot, you can start trying it out, make it your new hobby, and seed if your attempt will be a success.

You have to know the cultivation requisites that vary from strain to strain. These include light, grow medium, climate, water, and nutrients. Keep in mind that when it comes to nutrients, your plants will have different nutritional requirements as they grow.

Also, you need to follow the development stages of cannabis plants, which involve the vegetation, flowering, and harvesting stages. The last thing would be you have to know how and when to harvest your buds and get started with the drying and curing process.